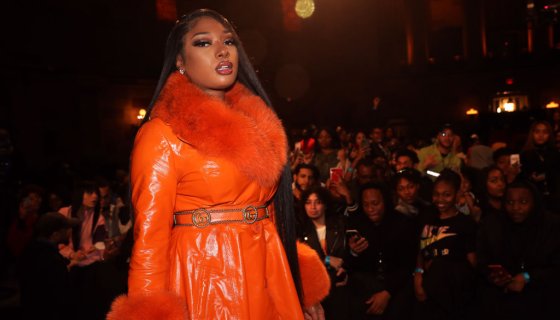 is breaking her silence about the while she was in .

On Monday (Jul 27,) the Houston hottie took to Instagram to give an update to her fans as well as speak a little on the situation. During the short live session, Meg revealed that in both feet before adding that the incident left her shaken resulting in her taking time to process before responding.

“It’s a lot of fake reports out there, but I was actually shot in both feet and thank God the bullets touch bones, or break tendons because where the bullets hit at they missed everything but they are in there,” Megan said. “It’s not that I was protecting anybody, I just wasn’t ready to speak, that’s not something you just get on the Internet and talk about. That’s a lot of yall’s muthaf*ckin’ problem, ya’ll take your whole life to Instagram and Twitter and make it a whole diary and that’s not me.”

In addition to giving an update on her condition, the “Realer” rapper also took a moment to call out her male counterparts who had an onslaught of jokes about the altercation.

“Also I have to touch on these dudes out here that always seem to find their way in business that don’t belong to them,” Meg continued. “Like where they do that at? Ya’ll all in business that doesn’t concern or have anything to do with you. That’s a female trait but go off.”

Ultimately, the hot girl became emotional talking about her last year of fame without her mother and father to help her navigate through the foreign waters of the entertainment industry, revealing that her inability to have her family around led to her overcompensating with a large social circle.

“It’s really hard because I’m doing all of this without my dad and my mom,” Megan said, fighting back tears. “My mom was my best friend and I’m still not over losing her, so when ya’ll see me with all of my friends and all of those people around me, it was to try to fill that void of missing my parents and I see now that I have to do better at protecting myself and my peace.”

While Megan didn’t offer any further in questions nor confirm or deny rumors , the Houston hot girl did advise fans that she plans to return to making music real soon.

“I just wanted to check in and let ya’ll know that I’m alright and I’ll be back soon.”

Check out a clip from the live below.

Send up some prayers for #megantheestallion as she shares an update regarding what happened when she was shot. The “Cash Sh*t” rapper also reveals that she was shot in BOTH feet before thanking their fans for their support and calling out her male counterparts for all of the “jokes” regarding her situation. For the full story and more visit @hiphopwired.com