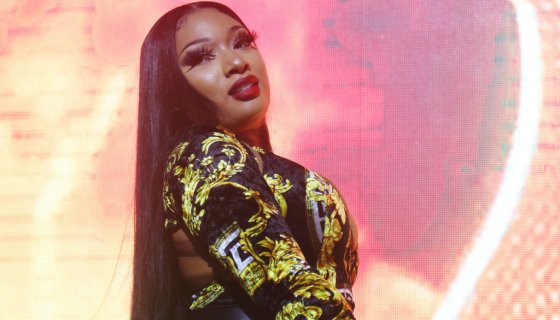 Rest easy, Hotties, your fave is still single and ready to mingle. After setting the Internet on fire with a steamy video featuring fellow rapper G-Eazy, Hot Girl Meg says that the Bay Area bad boy isn’t getting his hands inside her cookie jar.

It was a wild Super Bowl Weekend in Miami that saw the Kansas City Chiefs win big over the San Francisco 49ers but what fans across the globe took notice of was Young Gerald sucking the face of Tina Snow while laying down in a bed. While most folks assumed that it was all for show, Black Twitter was completely verklempt over the slight possibility of a hookup between Eazy and Thee Stallion.

Now that the dust has settled and the slander piled high, Megan took to Twitter to let her adoring public know that she and G-Eazy are just homies.

“Lol alright nowww y’all got all y’all jokes out but I am not f*cking G Eazy,” Megan tweeted early Tuesday morning (Feb. 4).

Because Twitter is the kind of place it is, the jokes and disapproval are still raining down on G-Eazy’s dome piece with Megan catching some stray shots in the process.

Adding to all this “drama” is a pretty weighty accusation levied by G-Eazy’s ex, Halsey, who wrote in an Instagram comment that her former boyfriend was allegedly abusive. She didn’t clarify the statement but the singer has apparently grown tired of fans sniping at her regarding her ex and his actions, and she was seen on video yelling at a fan who kept screaming his name like a jerk over the weekend as well.

Check out the reactions to Megan Thee Stallion saving Black History Month by not swirling with G-Eazy below.

Lol alright nowww y’all got all y’all jokes out 😂 but I am not fucking G Eazy.

Can we still call you Maga Thee Stallion?

Ok but sis he was sucking on your whole face? Is that we doing this year?

“Lol alright nowww ya’ll got all ya’ll jokes out 😂 but I am not fucking G eazy” pic.twitter.com/pbd4g6uqT9

Me when I saw g eazy with megan pic.twitter.com/15TIUQQXqL

WHY DID WE SEE HIM TRY TO EAT YA CHEEK MEGAN pic.twitter.com/2c2nODwLy3

I serve a mighty god pic.twitter.com/rih8A9bE5B

THERE IS A GAWD pic.twitter.com/cnp5nF1GUA

I rest my case 😌 https://t.co/cAZkudgWxh

Niggas that didn’t have a chance with her: pic.twitter.com/HYj84BLxkB

Me On my way to @G_Eazy page to see his reaction pic.twitter.com/X4ybJ99DaS