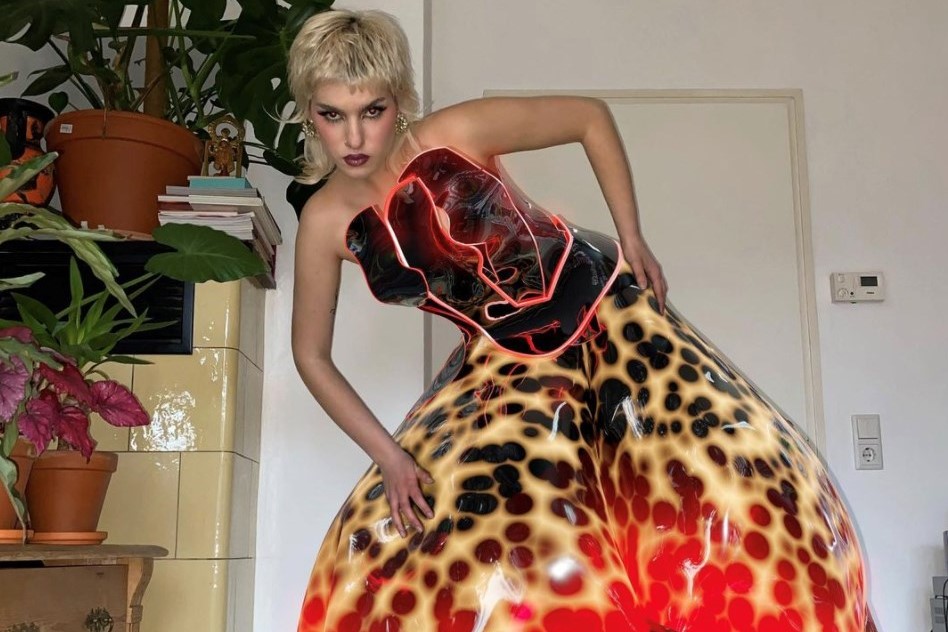 With IRL fashion sent into a tailspin, the pandemic proved a boon to URL designers. Here, we speak to the digital couturiers forging a new, on-screen future

Picture this: the year is 2040 and you’re struggling to decide on an outfit. Your wardrobe might be bursting at the seams, but you’ve been hit by those all too familiar ‘I have nothing to wear’ woes. So what do you do? The mall feels like a pre-pandemic fever dream, and online shopping is becoming increasingly uninspiring. So, you whip out your phone, swipe through a million designers, and cop new season Gucci – for half its original price – in fully digital form.

No, this isn’t a page out of some dystopian, sci-fi script, but a new evolution within fashion that snowballed during the pandemic. This mode of virtual retail therapy is very much an I see it, I like it, I want it, I got it sort of situation – forgoing changing room shenanigans, long queues at the store, and sizing issues. Can’t find that perfect pair of jeans in real life? Well, in the metaverse you can.

For most ateliers, it starts with a photograph. Those looking to get their hands on a cyber look submit a clear, full-length photograph of themselves – sans baggy clothes, messy hair, accessories, or contrasting shadows – and in less than 48 hours, they’re the owner of a digital garment that “fits” like a glove. Most importantly, the dent in their wallet is as minimal as the one on the environment’s resources.

Dubbed “screen-wear” by Natalia Modenova and Daria Shapovalova of Los Angeles-based digital fashion platform DressX, this burgeoning movement has seen the likes of Auroboros, The Fabricant, Alejandro Delgado, and Balm Labs dive into new and innovative ways of creating clothes. Cognisant of the incessant consumption of fashion goods and their daunting implications on the planet, Modenova and Shapovalova established Dress X as a sustainable alternative designed to quench our seemingly insatiable thirst for newness.

Things really took off over the course of the past year, when most of the world was sent into various lock downs. With physical clothes largely inaccessible, a huge escalation in screen time, and the shift our social lives made from IRL to URL, a hyper-connected audience turned its attention to cyber clothing. “Initially, 3D fashion design was only used to assess a particular garment’s overall look and thus reduce waste during production. But now, it is being considered as an invaluable asset that can independently fulfil one’s consumption or need of novelty,” Modenova explains.

Digital clothes may not be tangible, but they are sparking real conversation around technology’s ability to accelerate sustainability within fashion – particularly among a new generation of fans tuned into the climate crisis and the safeguarding of our planet. “Fashion is supposed to bring joy, but over the years it’s eliciting less joy and spelling more trouble for the environment, instead. In order to tackle this, all the solutions that come to mind lie at the intersection of fashion and technology,” the architects behind DressX say.

Beyond cyber brands themselves, the wider fashion industry is also beginning to take note. Gucci recently designed a fluorescent green, digital sneaker that could be bought for as little as $12.99 via their app and sported on AR gaming apps such as Roblox. Meanwhile, Marc Jacobs, during the early stages of the pandemic, dropped a collection of clothes designed for Animal Crossing avatars, with a whole slew of designers and labels following suit.

“Trying on digital clothes is actually an emotional experience. It’s something that can’t be replicated with regular, physical clothes,” says Israel-based designer Valentin Karabanov when asked to describe the essence of his eponymous studio. Primed with ample experience within product development and pattern making, Karabanov hails motion graphics as the equivalent of digital couture.

Invisible Colours, a kaleidoscopic collection showcased at Mercedes Benz Fashion Week Russia last April, is Valentins Studio’s most recent labour of love – a three-minute-long sartorial feast for the eyes. Against a backdrop of washed-out, yet somehow effervescent colours, faceless models twirl to soothing classical music – giving us a 360-degree view of lightweight gowns and gravity-defying skirts, printed with the prismatic work of Scottish artist Patrick Canning.

“My design process is intuitive and I have no idea of what to expect in the end. I rarely draw a sketch. It’s kind of like an adventure, a free-flowing technique wherein I can change silhouettes, colours, graphics, and motifs with a flick of the wrist, playing around until I settle on something that I truly like,” says Karabanov.

Ever since the arrival of Miss Rona, anything aligned with the word ‘contactless’ has been welcomed as a relief. Founded by Gala Marija Vrbanic and Filip Vajda in the thick of lockdowns, Tribute Brand describes itself as a “platform for contactless fashion”.

Based in Croatia, Vrbanic stresses an often overlooked advantage of donning cyber fashion: “there are certain things people are shy to wear in the real world,” they say, “but digital fashion offers ample freedom to experiment with unconventional clothes in the comfort of one’s bedroom.” The latest addition to Tribute’s growing list of accolades is an exclusive collaboration with two of the biggest names in luxury fashion – Jean Paul Gaultier and Sacai. In celebration of the duo’s couture show that was held in Paris on July 7, Tribute designed an alluring, sheer jumpsuit worn by the likes of Symone, and South Korean musician Lee Chae-rin, aka CL.

Sculpted, gel-like fairy wings, machine-derived princess gowns, and coral-inspired, microbial sweaters – the Shanghai-based Mengze Zheng owes much of his captivating couture to the biological textures traditionally found under the sea. And despite only taking his first steps into the digital realm a little over a year ago, Zheng is adamant that cyber fashion, and the uncharted power of digital manufacturing, will transform the industry as we know it.

The 23-year-old computer whiz uses various 3D softwares including CLo3D, Cinema 4D, and ZBrush to superimpose futuristic, latticed designs – a style inspired by urban architecture – onto one-dimensional silhouettes. This, in turn, lends his work a near hypnotic quality. Each of his garments are crafted to kinetic effect, much like Iris Van Herpen’s creations that elicit a similar sensation through laser cutting and fine, tessellated fabrics.

For most university students, the pandemic interrupted in-person lectures, blocked off any and all on-campus facilities, and halted real life graduation ceremonies. That didn’t stop London College of Fashion student Ashwini Deshpande, though, from pulling out all the stops for her final major project. Hailing from Bangalore, India, Deshpande was one of 600 undergraduates in her batch to forge an entirely digital fashion collection dubbed CROP – an impressive feat to undertake in fashion school where the importance of physical clothing is unparalleled.

Influenced by the rural landscapes of her motherland and the regenerative farming movement, the collection included an assemblage of mismatched prints (designed by Ruaa Elmansuri, a fellow UAL student) which morphed into fluid, one-shoulder dresses and boxy outerwear – set against nostalgic, characteristically Indian backdrops.

“Through CROP, I wanted to draw attention towards the ongoing farmers’ protest in India that is barely receiving any coverage in mainstream media. Farmers are integral to the fashion supply chain and this project is an attempt to shed light on their significance in society,” Deshpande says.

Neo Paradigm’s story began in September 2020, when Elena Semenko received an invitation to Ukraine Fashion Week. But, thanks to pandemic-induced supply chain restrictions, Semenko was unable to put together her collection as planned. And so, she was in dire need of a plan B. Enter: the endless possibilities of designing an end-to-end virtual collection.

​​”There’s no need to create samples of collections for buyers, one can successfully visualise everything in 3D, collect pre-orders and sew the necessary quantities. Designers at the start of their career can easily test consumer demand and ideas without pouring in large financial costs,” Semenko says.

Anthropocene, the virtual design studio’s spring collection, is a reflection of all the irreversible, environmental changes that vex Planet Earth. For example, the designer embellished flowy, corset dresses with digital phytoplankton and abhrite – a unique crystal structure often found on the surface of sunken ships. These kinds of adornments mimic a “living tree with fragments of emptiness,” and are offset with vivid purple flowers. It’s just one way in which the designer finds meaning through consciousness.