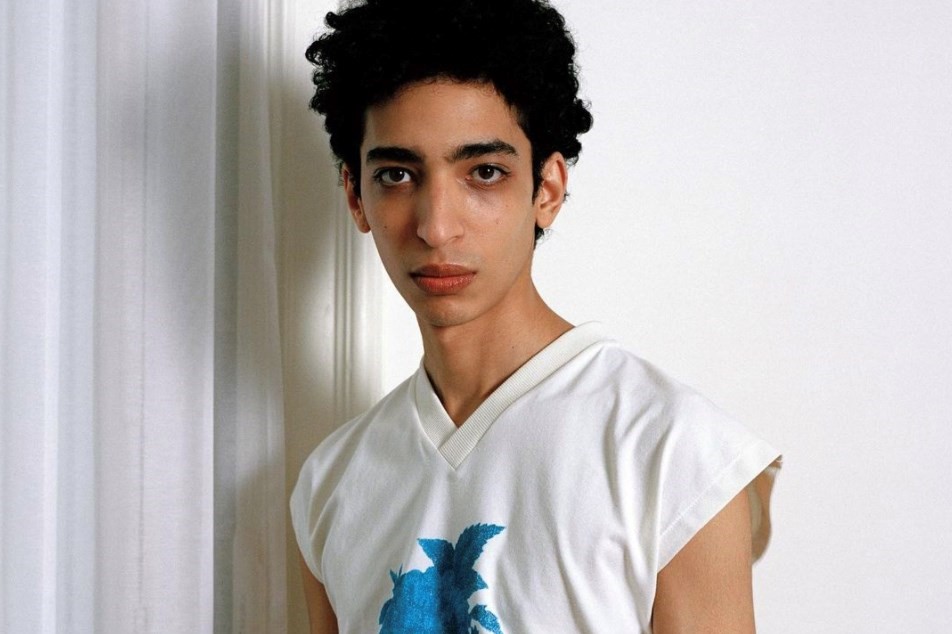 Andreas Aresti is the Hood by Air and Gypsy Sport alumnus behind Lourdes – the NYC born, Paris-based label rising above the noise

Andreas Aresti is struggling to remember what life was like before the coronavirus struck. “I often think about life in terms of a pre-pandemic and a post-pandemic world,” he says, reflecting on what has been one of his busiest years to date. Just last February, the 28-year-old stylist turned designer launched his label, Lourdes, which he named after his mother. What went before and what will come after? It’s an almost biblical delineation of time – a BC versus AD for the pandemic era – though perhaps that’s the only way to really mark the seismic shift of the past year.

It’s with this in mind that Lourdes, which also happens to be the name of a Catholic pilgrimage in the south of France, “wanted to offer a beacon of hope”. And in spite of the fact that last season’s collection was titled Divine Intervention and this season is dubbed Ascension, Aresti insists any religious subtext is conjecture.

Instead, offering number three is all about being uplifted. “The collection was based around the idea of optimism,” he says. “I wanted to release all the bottled-up energy that we’ve had during the depressive state of the pandemic.” Aresti’s line seeks to evoke this sensation through deliberately draped jersey tops and gabardine skirts pinched and tucked up the body “as if the wearer is escaping upwards”. Trousers come tacked with angular side panels, which, when released from the waist, cascade like wings in mid-flight. Even the brand’s signature multi-pocket denim appears to tower like an ever-scaling staircase.

An homage to his second generation upbringing and hybridity of cultural references, Lourdes had been a longtime coming for Aresti, who despite having no formal qualifications in fashion, could rival even the most hype-worthy of boutiques with the brands listed on his CV. At 17, the Queens native was taken in by Gypsy Sport, before stints at Diesel and a short tenure with Kanye West followed. He was part of the team that launched Urban Identities and is now consulting for Shayne Oliver on the rekindling of Hood by Air.

It’s not surprising that Lourdes has often been viewed through the lens of streetwear, yet it’s something the designer often feels suffocated by. “I don’t like to be boxed into one thing, so I hate when people say ‘oh this is streetwear’. What isn’t worn in the streets?” he says. “I try to make sure my clothing is approachable for everyday life but the collections keep elevating each season and that is something I’m proud of.” One example is the label’s use of modular systems within its design, which, via a series of in-built, adjustable features, can provide a customer with multiple looks in just one garment. Until the collections are fully sustainable, “I’m hoping this will allow the garment to have a longer life,” he says.

There’s a latent urge for regeneration that Aresti keeps going back to – be it through the concept of ascension or these modular pieces, which have been crafted with the sole purpose of being constantly remodelled. The collection’s accompanying video seeks to embody this need for rebirth, which has been filmed in reverse as models recline on sunbaked balconies, spring off beds and swathe themselves in gauzy curtains. It’s a desire for newness, more than anything, which comes from seeing his peers becoming increasingly worn-out over the course of the last year. The designer admits that “it’s not an easy adaptation when you combine work and life into the same place,” but he wants to keep positive. “Even though the party has gotten smaller, we are still dancing in our living rooms,” he says. Whether spiritual or not, for Aresti, at least, this season has been a much-needed awakening.