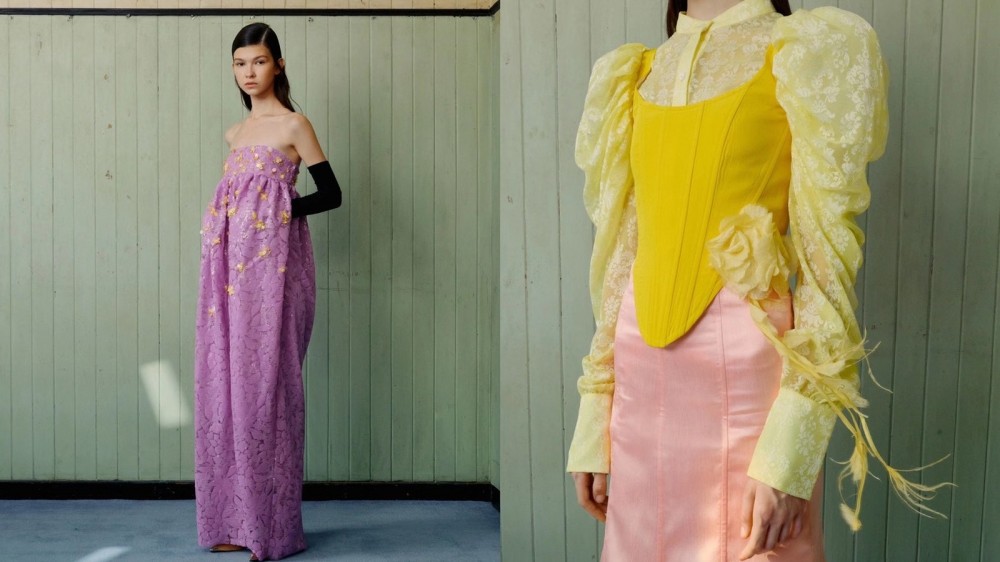 We’re nearing the pandemic’s one-year mark, and the fashion industry is still far from recovered. Designers at every level have been impacted by lockdowns and travel restrictions, but especially the new guard. Without the buzz of physical fashion shows or the financial support from retailers (many have avoided the risk of taking on new labels of late), young designers have missed a full year of brand-building opportunities. That’s why last fall, Wendy Yu—investor, philanthropist, and the namesake of the Wendy Yu Curator in Charge of the Costume Institute at the Metropolitan Museum of Art—launched the Yu Prize, a program to scout and support emerging designers in China. Applications opened in October, and today she’s announcing the 16 finalists: 8on8, At-One-Ment, Chen Peng, Danshan, Donsee10, Garcon by Gçogcn, Ming Ma, Oude Waag, Redemptive, Shie Lyu, Shushu/Tong, Shuting Qui, Susan Fang, Windosen, Yueqi Qi, and Zi Ii Ci Ien.

Choosing from several hundred on-the-rise designers in China couldn’t have been easy. Yu worked with key industry stakeholders to narrow down the list, including Madame Lu, Vogue Italia’s Sara Maino, and Fédération de la Haute Couture et de la Mode’s executive president Pascal Morand to narrow down the list. “We’re scouting designers who are creatively exciting and culturally relevant, with the potential to become commercially successful and globally impactful across multiple platforms and disciplines,” Yu tells Vogue Runway. “We intended to only have 12 finalists, but the level of talent was particularly high, so we extended to 16. [This was] also in the name of diffusing Asian hate; it is an especially meaningful time to celebrate and share Chinese culture and creativity with the rest of the world.”

While there will be one Yu Prize finalist announced this spring, Yu’s hope is that all 16 designers will enjoy a major boost of exposure and industry recognition. Her team is also working closely with them to develop and improve their approaches to sustainability. “We feel it’s important for the Yu Prize to become a platform to inspire and empower designers to be better,” she says.

Over the next few months, the finalists will take on additional assignments and challenges, including the Sustainability Champion Award in partnership with Rémy Martin, where they’ll be asked to conceptualize a fashion item around certain sustainable values. In April, the winner will be announced at Shanghai Fashion Week, chosen by a jury including Giambattista Valli, Jason Wu, Vogue’s Chioma Nnadi, Edison Chen, Labelhood’s Tasha Liu, and Andrew Bolton, the Wendy Yu Curator in Charge at the Costume Institute at The Metropolitan Museum of Art. The Yu Prize winner will receive a cash prize of one million renminbi, or $150,000, and will have their collection sold at Harrods.

Until then, get a first glimpse of the finalists’ work below.