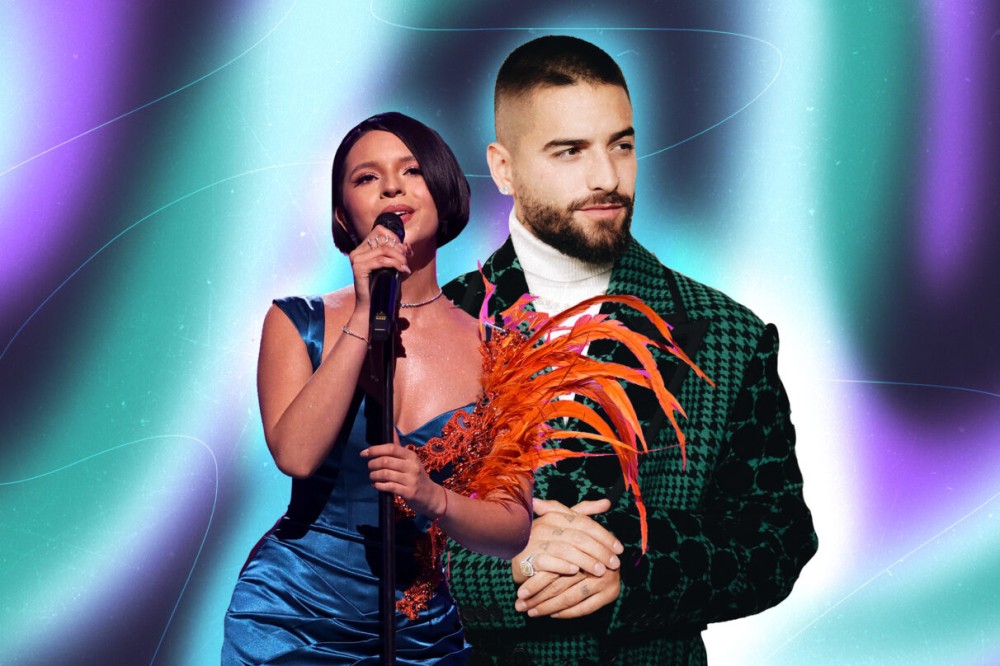 Last night (Feb. 25), the Premio Lo Nuestro 2022 took place in Miami, Florida, at the FTX Arena. A long-time celebration of Latine expression and culture through music, Premio Lo Nuestro provides us with an undoubtedly entertaining night year after year — and the 2022 highlights were no different.

This year, the award ceremony continued to honor Latine music. Ángela Aguillar led a beautiful tribute to the recently deceased Mexican Regional giant Don Vicente Fernandez, joined by Christian Nodal, Grupo Firme, David Bisbal, and Camilo. Karol G defended her title as el movimiento’s La Bichota, winning the Female Urban Artist of the Year award for the fourth consecutive year in a row. And to no one’s surprise, Bad Bunny won big last night. Though not in attendance due to touring, Benito took home six awards at the ceremony (just two shy of breaking his seven-win streak from last year), including the coveted Artista Premio Lo Nuestro Del Año and Álbum del Año for El Último Tour del Mundo. He was the most awarded artist of the night.

Last night, the Premios Lo Nuestro gave us a lot. From Farruko’s unexpected gospel-style revamp of his hit “Pepas” to Paulina Rubio’s technical issues and Maluma’s powerful and passionate statement as he won the Ícono Global award — there was plenty to talk about. After all, it wouldn’t be a Premio Lo Nuestro without a sprinkle of drama. Here are seven highlights from Premio Lo Nuestro 2022.

Farruko Sets the Record Straight on his Retirement

Fans were left confused when Farruko, who was set to receive an award for Urban Excellence, wasn’t spotted on the red carpet but announced to perform. Entering without announcement, Farruko closed out the show with a shocking — to say the least — appearance. His performance included an introduction from Preacher Daniel Habif, a gospel-style remix of his viral-hit “Pepas,” and him wearing a gray full face mask à la Kanye “Ye” West. Then, his speech touched on the ongoing conflict in Ukraine and his retirement. He said: “I’m not saying goodbye, I’m just making a transition in my life and you’re going to meet the best Farruko.”

Global superstar Maluma was honored with the award for Global Musical Icon. He was joined by fellow Colombian performers Blessd and Kapal y Milky for his performance. During the speech that followed, the group took off their overcoats to reveal shirts that said: “Medallo en el maps, + Musica – Violencia.” Each performer touched on the impact of “narco cultura” in their home country of Colombia and on how eager they were to see positive impacts on the reputation of the country — which includes the success of Maluma as an artist.

Ángela Aguilar took home the award for Best New Artist – Female. She dedicated her speech to uplifting women in a male-dominated genre, saying: “I want to dedicate this to all the women because Mexican Regional is a genre in which we need to include more women.”

Paulina Rubio was given the lifetime achievement award at the Premios Lo Nuestro. After performing a medley of her biggest hits, Rubio emerged backstage to accept her award, but instead of making a speech, she jumped around on stage and bowed to a clapping audience without saying a word. Some theorize it may have been a technical issue, while others shame the technical department for now doing something sooner. Rubio did later appear backstage to make a quick statement on the honor.

Christian Nodal took home the award for Regional Mexican artist of the year. Though he stayed quiet on his recent personal drama in his speech, he may have made a vague reference to it, saying: “Gracias a la vida por…tantas lecciones.”

no because wtf is richard wearing on his head now 💀💀 pic.twitter.com/fHQYiErrXZ

CNCO undoubtedly ruled the night, taking home the award for Mejor Canción del Año – Pop for “Tan Enamorados,’’ and performing “Party, Humo, y Alcohol” later on in the show. But this is not what got everyone talking on social media. It was actually one of the member’s fashion choices. Richard spent the entire night (that means red carpet and performance) wearing a face-obscuring black mask with no explanation. Naturally, it drew some comparisons to Kim Kardashian’s recent fashion choices.

Colombian artist Camilo won the award for Best Solo Pop Artist. In his speech, he thanked his listeners, his family, and his “niño Índigo,” referring to the child he and his partner, Evaluna Montaner, are expecting.