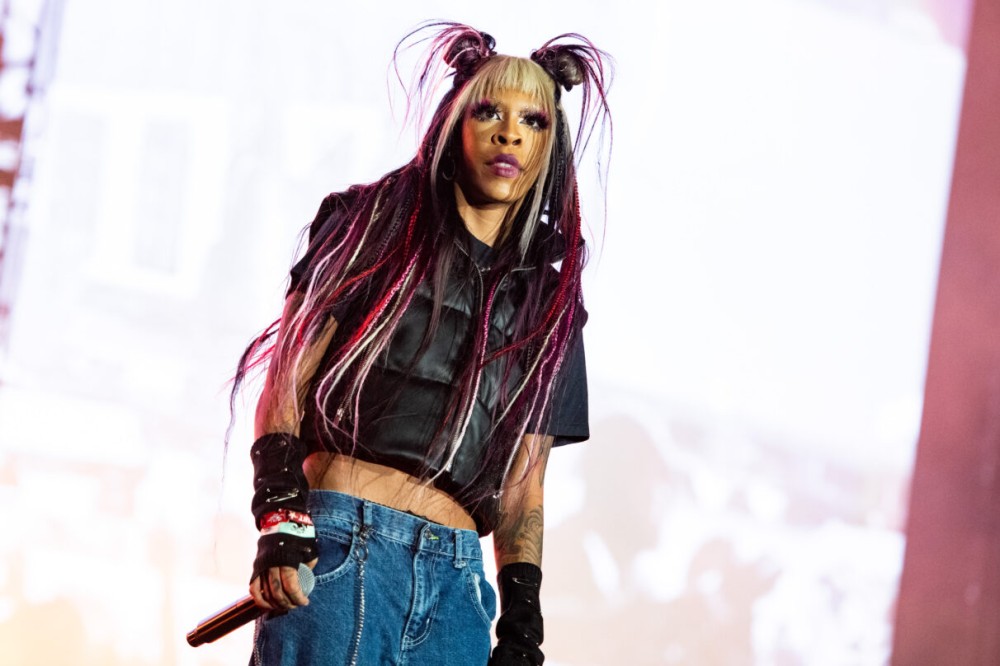 Puerto Rican singer, rapper, and all-around badass Rico Nasty has graced the cover of this month’s issue of Alternative Press (AP), where she had the chance to interview none other than the reigning princess of punk-pop, Avril Lavigne.

Rico took to Instagram to share her excitement of the cover, saying: “10 year old me would die if she knew she got a magazine cover with @avrillavigne and got to interview her !!!!!… trap Lavigne is shaking !!!!!!!! Guys I don’t even know what to say besides thank you @altpress and thank you @avrillavigne for putting me on to Canadian beer 🍺”

If you’re ever found yourself on Rico Nasty stan Twitter, you’ll know that Trap Lavigne is the fandom’s affectionate name for her pop-punk persona, which is unleashed on songs like “Nightmare Vacation,” where there is an undeniable edge and grit to her sound.

In the conversation moderated by Maria Sherman, Rico and Lavigne touched on their struggles as female artists to be constantly labeled and what it means to execute their own creative vision. In a particularly heartwarming moment, Lavigne gets candid and shares that her most challenging struggle in the industry has been advocating for herself, specifically remembering a disagreement with a stylist at a photo shoot during her first album’s promo cycle.

Rico responds: “​​You didn’t do all that fighting for nothing. It’s been put to good use, all the things that you’ve done to stand up for yourself. You make it OK for people to do what they want to do in their own way. Whether it was music or the way that you look, you remained yourself through it all. I’m just really happy that I get to talk to someone like you.”

The accompanying cover shoot was produced by an all-female-led team, which is worth celebrating and normalizing in the industry.

This cover was executed by an entirely women-led team. The music industry is nothing without the creative talents and excellence of the women who innovate it. #WomensHistoryMonth #WHM2022 pic.twitter.com/hTr0vdydZZ

Additionally, both artists were styled in garments from fashion houses that are female-run and that use deadstock and recycled textiles exclusively. In Lavigne’s solo cover shot, she wears a skirt from London-based fashion house Chopova Lowena. For the cover featuring both Lavigne and Rico, the pair wears corresponding sets from Left Hand LA, a Los Angeles-based fashion brand dedicated to bringing back DIY Clothing.

If this interview proves anything, it’s the power of living defiantly: both Lavigne and Rico are women who refuse to fit into any preset box or label set for them. Both artists always present their most authentic version of their multitudes of self.