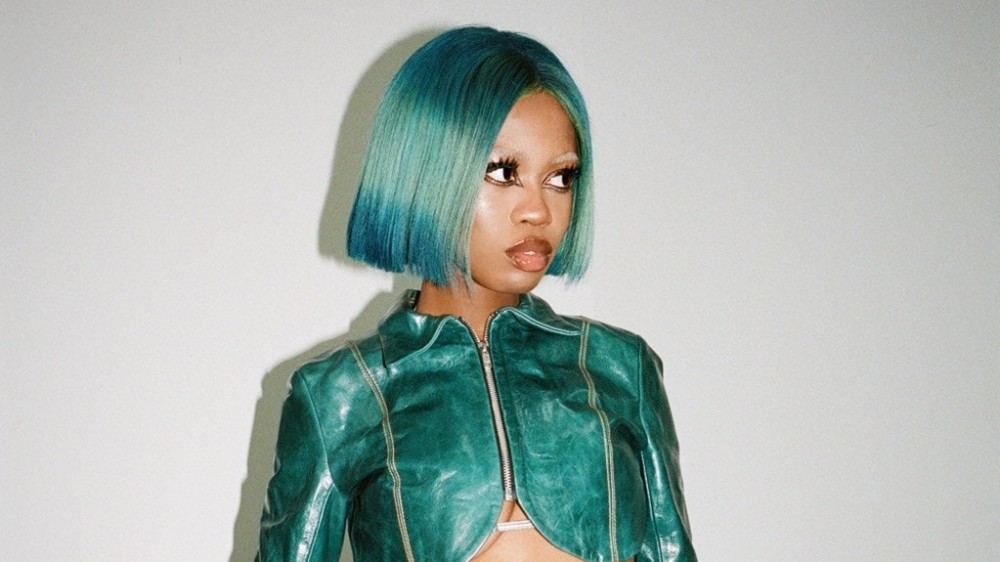 To sum up her creative output, the Lagos-based rapper, artist, and model Deto Black points to her Twitter bio, which reads simply: ‘Yung Everything.’ It might initially sound like a throwaway comment, but it turns out it’s her guiding philosophy. “I don’t believe in titles at all,” she says over the phone. “I find them quite harmful.”

Born Deto Tejuoso, the 25-year-old artist has already rapped sex-positive verses on alté tracks, racked up writing and acting credits on viral films Three Pills and Vengeance of Love, become a muse to her childhood friend Mowalola Ogunlesi, and even headed up her own photography series. Deto’s technicolor wigs, knee-high boots, and mini-skirts may have earned her style icon status in Lagos, but her audience is increasingly international, with 20,000 followers on Instagram alone. And her interests extend even beyond these creative fields: Deto is about to become a chartered accountant, with a degree in social anthropology and a master’s in global governance under her belt.

“Really, my first degree made me realize there are no answers,” Deto explains of her sporadic career. “Everyone's just winging it, to be honest.” It’s difficult to describe her as anything other than a woman on the ascent.

Most recently, for last month’s Nigerian Independence Day, a freestyle featuring Deto Black, Skepta, Lancey Foux, and Unknown T rapping over the beat from Travis Scott’s new track “FRANCHISE” dropped online to instant fanfare. With lyrics like: “I’m a beast, I’m a beast, I’m a motherfucking monster / I broke up with my ex and I turned into a rock star,” the newcomer confidently asserts her position among the other musical heavyweights. The inspiration from her bolshy verse came from Skepta himself, who encouraged her to “go brazy and shit on the world.”

It’s an exciting time to be making music in Nigeria right now, with more and more young artists expanding their audience internationally. “We're transcending from only being known as afrobeats to just making the music that we feel,” she explains. “They try to box Nigeria in, like you’re African so you must do afrobeats, and it’s like, no, actually I can do anything.” One movement that has been swiftly grown outside of the afrobeats behemoth has been the alternative, or alté, scene, something Deto is closely linked with through creative collaborators like buzzy producer Odunsi the Engine. While the label-averse polymath doesn’t pay attention to genres or style tribes, she does add that this experimental underground movement encourages people “not to be afraid of being weird.”

Deto’s urge to live unconventionally extends all the way back to her nomadic childhood. “I feel like I’ve been everywhere,” she laughs. Born in Delaware, USA, where her lawyer mother has family, Deto then moved to Lagos for primary and secondary school. By the time she was thinking about further education, she was on the move again, this time to London, which was home to her computer engineer father’s side of the family.

She describes her family as traditional, and notes that her artistic passions are out of step with what her conservative parents would have expected. “I guess you could say I was a rebel,” she says. “There are so many rules about what Nigerian women can do. ‘You're born into this so you can't do that.’ And it's like, no, actually, I can do whatever I want. Every time I leave the house, my dad has to comment. ‘Is that what you're wearing?’ and I’m like, ‘Yeah.’ I'm never scared to wear clothes. It just sounds crazy to me to be afraid of wearing something. There are worse things in the world to be afraid of.”

While she may sometimes look out of place when she’s at home, she finds that London is a place where she can feel free. “I go back and forth from London to Lagos,” she adds. “Lagos has no chill, it’s crazy. When I’m in London I’m so relaxed, I can just be myself without too much stress.”

Of course, one of the reasons she bounces back and forth is to visit her childhood best friend and designer-of-the-moment Mowalola. In August, the pair did an at-home shoot which now adorns the bags in the latter’s newest collection. As Mowalola dons a neon pink wig and Deto sports a forest green afro, the duo strike poses around a house, entangled on the bed, riding each other on a dining table, and frolicking in the garden while they tap a belt adorned with an image of Jesus. Their palpable chemistry has been years in the making, as Deto notes they met at five years old when they were put in the same class at a Lagos primary school. “Since that day, we’ve been best friends,” Deto explains. “Even when I went to America and came back, we were still friends. Then she left and went to England, went to boarding school, and we still get each other. We were just meant to be, we do everything together.”

They both share a love of offbeat fashion, with Deto opting for retro vintage finds that are “rare and unique.” In lockdown, she’s pivoted towards a cartoonish aesthetic that evokes her love of kids television, including classic shows like Powerpuff Girls or Ed, Edd, and Eddy. “When I was younger, my favorite look was this dress with Elmo on it,” she says. “People thought I had no other clothes because they never saw me in anything else.” When it comes to new designers, she’s surrounded by friends who happen to be up-and-coming names, like streetwear connoisseurs Vivendii and designer of the cult “hot wok” top, Asai.

Whether it’s rapping about how “body counts” don’t matter, experimenting with risqué fashion, or advocating for awareness around causes like femicide in Nigeria and sex positivity, Deto’s mission seems to be to break the mould of what a Nigerian woman is expected to be. “Personally, I feel like the creators in Nigeria are heard more than the government sometimes,” she says. “Give women equal rights, it just makes sense. It's just like, ‘duh.’ They think I'm a rebel, but I feel like I'm just doing the Lord's work.”