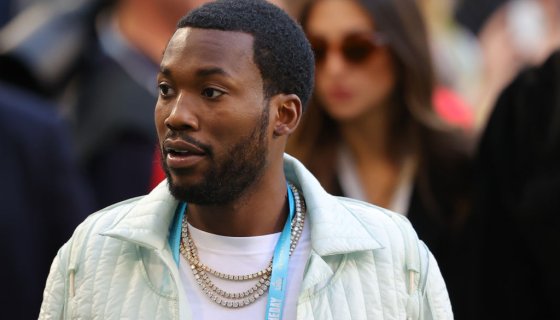 Much to the dismay of OG’s, YG’s, and BG’s, Tekashi Snitch9ine made a pretty triumphant return to the rap game last Friday when he made his and had his latest music video rack up over 7 million views in just a few hours.

But it wasn’t long before the dime dropping troll found himself in familiar territory as and properly called out Hip-Hop’s “Henry Hill.” Continuing to beef with the government’s rainbow haired star witness, Meek took to Twitter to reference Tekashi by stating that real heads “control the culture” and he was ready to “set a example.”

We control the culture lol and ima set a example lol.

But he didn’t stop there, in a now deleted tweet Meek took it upon himself to declare that he’s made it his mission to “crush” Tekashi 6ix9ine’s career “for the culture” while pointing out that the “Gummo” rapper is talking all that ish while living in witness protection at an undisclosed location.

Oop! #MeekMill hit us with a #Postanddelete after #Tekashi69 stepped into #TheShadeRoom 👀👀

Though Meek has since removed that tweet, he let off another scribe in which he referenced the late-great Nipsey Hussle (R.I.P.) and how he was killed by a clown himself.

Nip got killed by one of them I feel a way at heart nobody can change that! Go tuck in!

How this will eventually end remains to be seen. Though we doubt Meek will ever get close enough to Tekashi to settle this like men (especially since Tekashi no longer has his Trey Way crew to be his muscle), we feel like Tekashi will try to turn this into an “lets see who sells more records” situation and unfortunately, Meek might have to take an L on that one.

That 6ix9ine Cult is as dedicated to their rainbow haired leader as the MAGA crowd is to their orange hued overlord. Just look at .