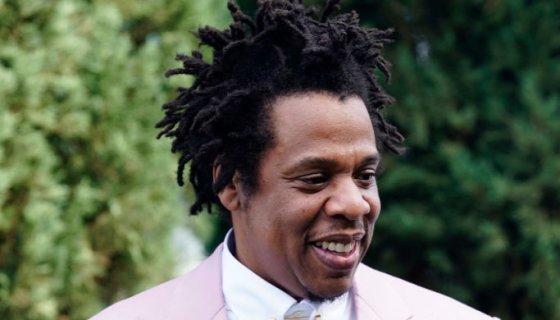 Each year dons his best wears to toast to his recording roster’s accomplishments during the Grammy festivities. This year he went with a particular hue that had some folks doing a double-take.

Page Six is reporting that Hov had to correct a few folks regarding his outfit at the 2020 Roc Nation Grammy brunch. He noticeably wore a pale purple suit but some folks got the drip all wrong. According to one of the gossip rag’s informants the mega mogul was caught checking an onlooker as he was leaving the VIP event with his wife .

In a video posted by Elliot Wilson an attendee is heard saying “pink” off camera. To which Jay turns and responds “It’s mauve, bro”. He then proceeds to brush his shoulders and hit the button to close the butterfly doors of what we can only assume was a foreign luxury vehicle.

Earlier in the day he and Diddy shared a ride over to the event. Even Sean Love Combs took the time to put some respeck on the big fit of the day. “That’s mauve, king?” Puffy asked. “It’s mauve-lous,” Jigga responded.

Clearly Jay has come a long way considering he once challenged Nas’ masculinity for wearing the infamous pink suit in his “Street Dreams” video during their iconic beef.