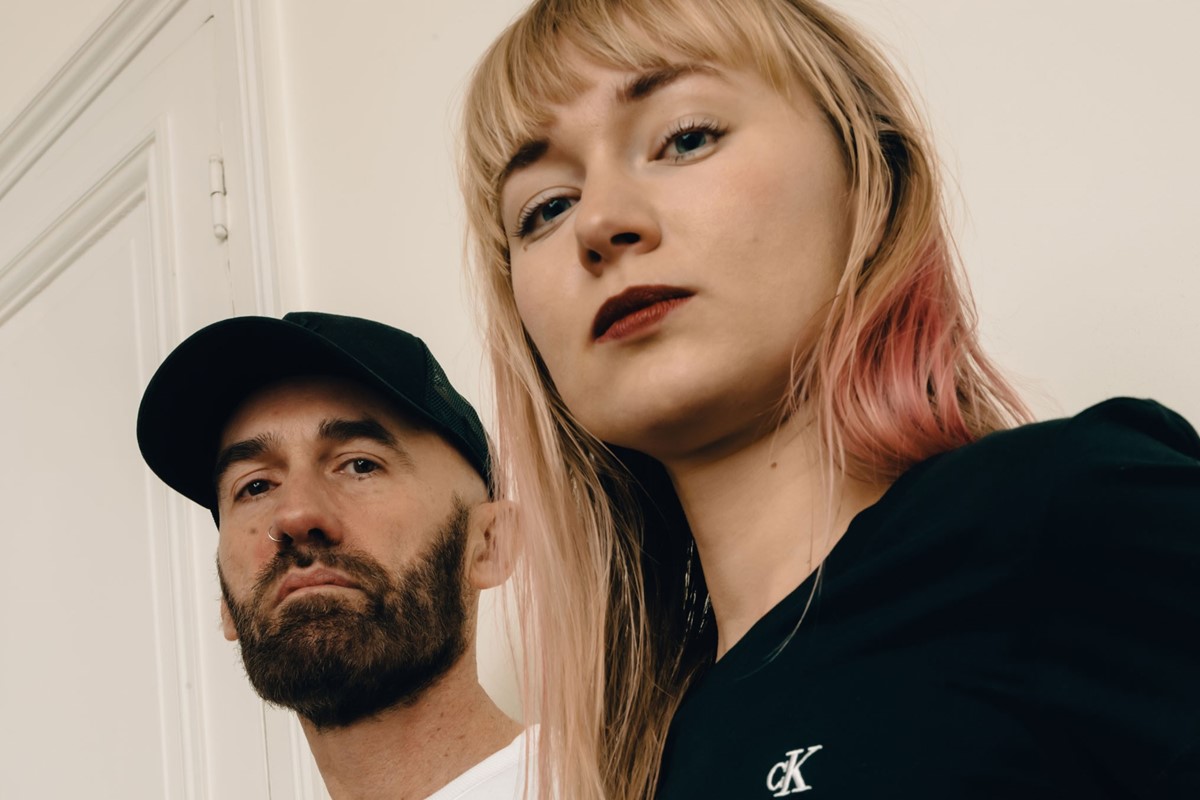 “If you as an individual are deprived of a place to rest well, or a place to share, that is going to have an impact on the whole city,” says Domenika Hadelova, the Czech co-founder of MATTO. “In Paris, there is this problem of densifying the place, often compressing the individual’s space.”

Hadelova studied at art school in Scotland before moving to Paris, and working in a bookshop that specialises in fashion photography. This is where she met Aldo Buscalferri three years ago, the other half of MATTO, an Italian photographer and graphic designer.

“We wanted to do a magazine that was mainly about contemporary art, but a bit more accessible in terms of the text,” he says. “So we do studio visits and conversations with the artists or designers themselves. We don’t want it to be overly academic, so that it becomes completely impenetrable for anyone to read. We wanted to make a magazine about contemporary art that was a bit more inclusive. When we started the magazine and it went into shops, they had really hard time to placing us in a category. It was quite interesting that sometimes it would like end up in the erotic section, sometimes we would end up in design or architecture. It was interesting how everyone saw it as something different, even though for us contemporary art is the core of it.”

For their SELF PUBLISHED digital zine for Dazed and Calvin Klein, MATTO decided to focus on an affliction that they perceive to be affecting Paris and its people – the housing crisis. Here, the duo talk through the making of the zine and how the city’s clubs and its constraints contribute to their creative process.

Domenika Hadelova: “We’ve been thinking a lot about housing. It’s this omnipresent question. We’re here in Paris, but I’m sure it’s the same in other capitals, If you live well in your individual space, that really influences the city. So if you as an individual are deprived of a place to rest, that is going to have an impact on the whole city and the chance of building a sustainable city, so it’s completely indeed inevitable to also think about sustainable housing. So we really wanted to speak about that. As we do in the magazine, we always do real conversations with people or studio visits. So we did this conversation with a real couple that is part of our community, these two girls that are 20 years old. They still live at their parents, and they would like to live together. We wanted to speak about something that’s important to our community. And most of the people in our community are freelancers or people who work in the creative field, which is really not seen as stable in this kind of traditional system. So it’s a really big question, and it’s very personal. That seemed like a good subject.”

Aldo Buscalferri: “It’s really, really hard to find places in Paris because the bank or the real estate agency ask you for so many papers and documents, to prove that you can be permitted to live in the place, and you have a certain amount of revenues. That now is quite difficult because of COVID because lots of people – especially if you are freelance as the two girls are – have totally unstable jobs.”

Aldo Buscalferri: “The independent club scene here in Paris was quite strong before COVID. For us it was very inspiring, because there was a moment of total freedom,  where we met a lot of interesting people.”

Domenika Hadelova: “It’s true, it was really a quite special moment that we didn’t see in any other city that we went to at the weekend. Three times a week, there were small collectives organising soirees, often outside of Paris. Every week we would find ourselves somewhere to go and dance.”

HOW BOOKS INSPIRE THEM

Domenika Hadelova: “I like to read. For example, right now I’m really into this series called The Solution Series. It’s published by the by The Sternberg Press in Germany. It’s books that talk about certain territory. So for example, I was reading one that was talking about the ocean in general, another one about North Korea – they propose a solution for the specific territory, but also globally for how we could live. It can be quite heavy to read, because you feel like it’s the end of the world! But sometimes some of the prepositions are so utopic that I find it’s really stimulating in terms of creative thinking. And then you’ve been thinking about something in terms of the magazine or our studio, how can we do something? And then you just read something that seems completely unrelated, but because you had this other thought at the back of your head, it just connects together. I find reading a very good inspiration for me, because it’s not visual.”

ON NOT BEING INFLUENCED BY OTHER MAGAZINES

Domenika Hadelova: “I would say that often the inspiration, it really does not come from the same source that we are working on, very, very rarely. We have a lot of books, a lot of photography books, a lot of magazines in the house, but we almost never we go through them when we work on a project individually. It just never works for us. It’s something that we like to have around. But we don’t use it as a source. Reading or even listening to audio about a scientist can be much more interesting.”

Aldo Buscalferri: “The best thing for magazine or a zine is not to check other magazines, what they are doing. Yes, buy them, it’s better not to check them when you are making. In your path, in your idea, is the best way not to be influenced. I mean, of course sometimes you need to buy a magazine and check what’s going on in the world. But not too much. It shouldn’t be an obsession.”