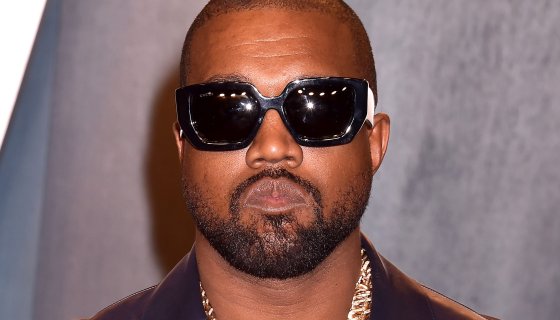 Yesterday (June 4), news broke of of Ahmaud Arber, Breonna Taylor and George Floyd. Besides opening his wallet, on the same day Yeezy also participated in an anti-police brutality march in Chicago.

Kanye West is here at a “Justice for George Floyd/CPD out of CPS” rally on Chicago’s South Side, where protesters plan to walk to CPD headquarters. Organizers say West called yesterday and said he wanted to join a protest.

NBC Chicago reports that the “Power” rapper was spotted on the South Side of Chicago at a protest that was organized Chicago Public Schools students and activist Ja’Mal Green. According to the NY Post, West called up the organizers on Wednesday and told them he wanted to participate. Reportedly, Yeezy was doing his best to blend in with the crowd.

But, even with a mask on (and no MAGA hat), it was difficult not to notice the guy. Some attendees even expressed concern about West’s celebrity overshadowing their purpose, but he dipped out shortly thereafter.

Organizers are saying “this is not about Kanye” as press swarms him pic.twitter.com/rU1wgoPogY

The march kicked off at the CPS office in the Grand Boulevard neighborhood and ended at the Chicago Police Department headquarters on Michigan Avenue. One of the protest’s specific goals was to rally against CPS’ contract with Chicago PD.

Recently, the Minneapolis Public School system cancelled its affiliation with the Minneapolis PD, and CPS is seeking the same, as as well as increased funding for school therapists and extracurricular activities. Protesters were also demanding mandatory education on race in American history, which should be taught by Black teachers.

See more images and vide of Kanye West getting his 1st amendment on below. You can bet Donald Trump would not approve.

Not only did Kanye West donate $2 million, he also joined protests today in Chicago. pic.twitter.com/bTeFPFNAGz

Kanye West has joined the protests going on in Chicago's South Side pic.twitter.com/W5rIwEMzT3

#KanyeWest marched with the #BlackLivesMatter #protesters in #Chicago 💯 pic.twitter.com/c2GTYREJyK