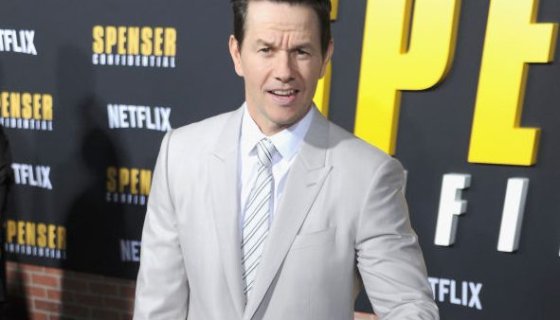 life has had some wonderful highs and some despicable lows. After the actor dropped a tweet endorsing Black Lives Matter, numerous Twitter users made it their business to remind them the former rapper known as Marky Mark has a whole “hate crimes” chapter of his life.

Wahlberg is a Boston native, he was born in Dorchester, and to say the city has a long history of racism would be an understatement. For a period in the 80’s, Mark was clearly not on the side of righteousness since he was accused and convicted of being part of a mob who chased Black children while yelling racial epithets and also knocked out a Vietnamese man on the street.

While Wahlberg has since apologized for his crimes, and even served 45 days in jail of a 2-year sentence after copping a plea for felony assault, Twitter’s memory is long.

A few days ago he dropped a tweet calling George Floyd’s murder “heartbreaking” while noting “we must all work together to fix this problem.”

The murder of George Floyd is heartbreaking. We must all work together to fix this problem. I'm praying for all of us. God bless. #blacklivesmatter ❤🙏❤ pic.twitter.com/F3UyhT7itQ

Twitter made sure to recall all the receipts from the rapper turned model turned actor’s hate crimes era. It took a while to trend considering Wahlberg’s tweet was a few days ago, but Twitter had time today (June 7).

All things considered, . However, it’s clear why he  nervous about speaking up since his skin tones doesn’t give him the pass it clearly gave Mark Wahlberg.

Peep more of the thanks but no thanks Marky Mark tweets below.

Wait a minute. John Boyega is worried he won’t work again because he was vocal at an anti-racism protest but Mark Wahlberg has a slew of hate crimes incidents on his Wikipedia page but he has jobs left and right. What the actual F pic.twitter.com/JjYQ7C5zFt

Mark wahlberg literally has a ‘hate crimes’ section on his Wikipedia page and remains one of the highest paid actors in the world… do you see the problem pic.twitter.com/mOmMG4wmFG

just a reminder that mark wahlberg committed various LITERAL HATE CRIMES and only served 45 days in prison, so don’t be so quick to applaud him for tweeting blm 🙂 pic.twitter.com/J9ZQBDPmPv

I was today years old when I found out Mark Wahlberg has a whole chapter on his Wiki dedicated to his hate crimes.

I dare anyone to google “Mark Wahlberg hate crimes” and see how he TRIED to get those pardoned off his record but didn’t apologize to one of them until he applied for it.. https://t.co/5NrEGYmGK4

what the FUCK, Mark Wahlberg?! pic.twitter.com/MOhv6EdipI

Mark Wahlberg has been fairly open about his troubled past. So calling him a hypocrite now only says you believe that no one is capable of changing. And if that’s the case, what would the point of protesting be?

I don’t see why so many people are surprised by mark wahlberg. He been canceled. pic.twitter.com/nO5losnfjI

I used to be friends with one of the field producers on Wahlburgers and he point blank told me that the only difference between Mel Gibson and Mark Wahlberg is that Mark hasn't been caught on tape yet.

If you still don't know what white privilege is, Mark Wahlberg committed hate crimes, has a Wikipedia section dedicated to it, and we never ever talk about it. https://t.co/9Cwmo2rWQy

Just to remind everyone that Mark Wahlberg claimed he could've stopped 9/11 if he was on any of the hijacked planes pic.twitter.com/JPJgQ2MIIM