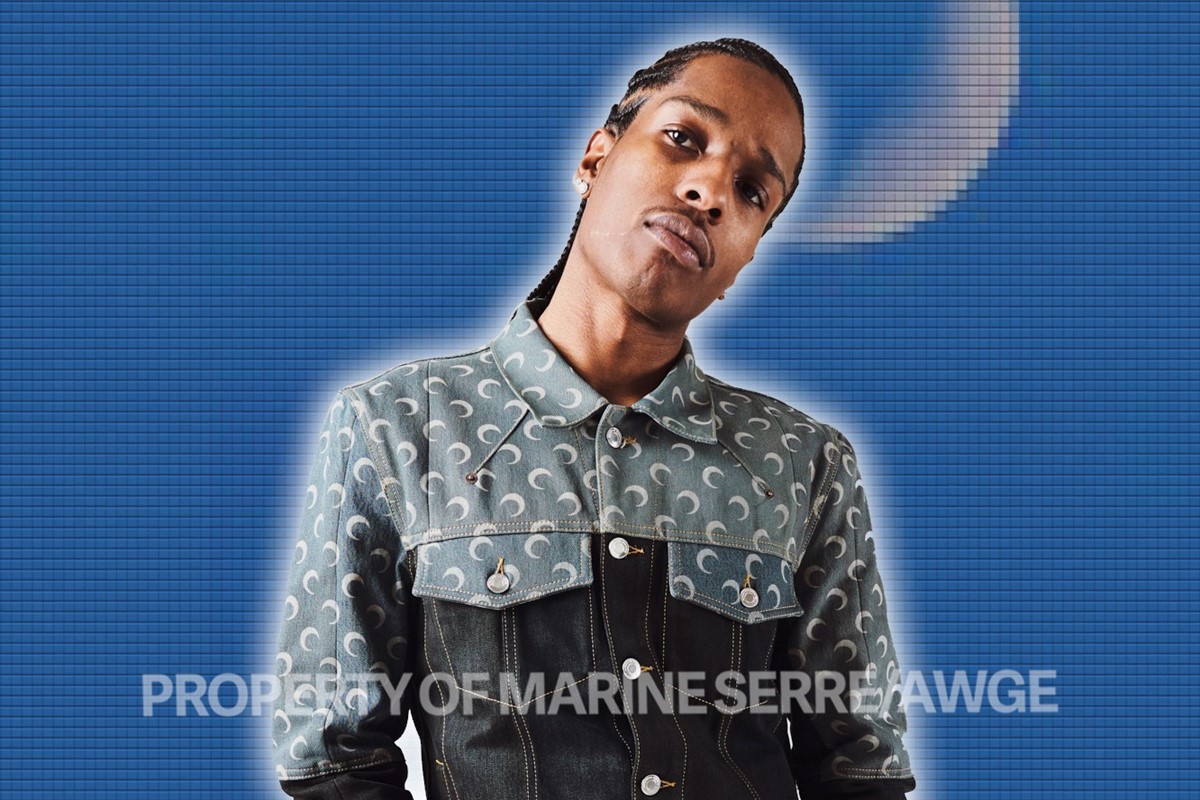 It was the crescent moon motif that took over 2020, and now Marine Serre’s celestial planet has aligned with A$AP Rocky’s own.

After teasing the possibility of a collab back in February, when Rocky rocked a jacket co-designed by Serre and his creative collective AWGE backstage at Paris Fashion Week, this week the two fashion forces have officially dropped a full collection.

Titled the Regenerated capsule collection, it features pieces including leather trousers, a denim patchwork jacket with matching bottoms, and a hooded dress, as well as accessories like durags and caps. The majority of the pieces of course feature Serre’s signature moon print and the collection is also estimated to be made up of 75 percent regenerated materials.

“Collaborations come and go, this was more of a partnership where Marine and I were able to celebrate the things we admire about one another’s creativity,” says Rocky about the collection.

Since launching in 2015, Rocky’s creative collective AWGE has cultivated a mysterious presence. “The first rule of AWGE is don’t ask questions about AWGE. The second rule of AWGE is that if you are a part of AWGE, then you cannot discuss AWGE,” they maintain. The brand has worked on a number of collaborations in the past including with J.W.Anderson back in 2016 and with Off-White and its designer Virgil Abloh in 2017.