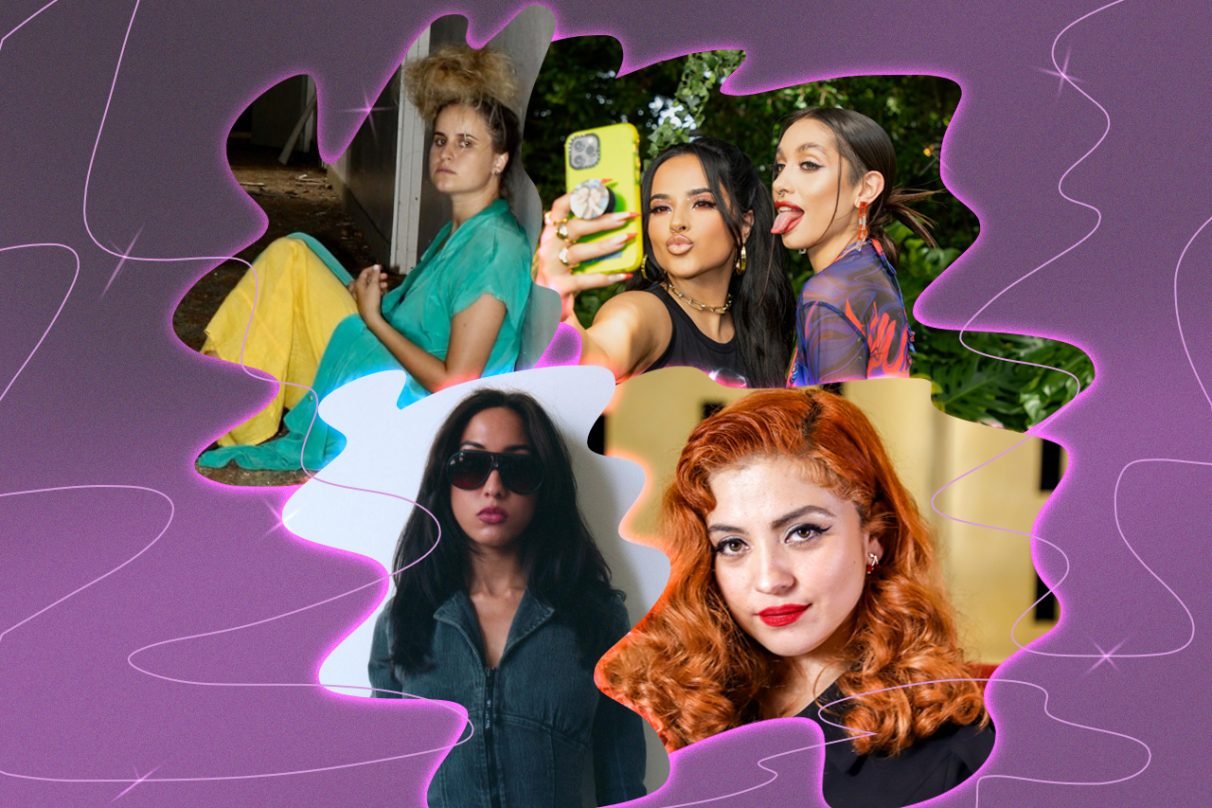 Argentinian urban pop newcomer Maria Becerra enlists the musical princess Becky G on her latest single “Wow Wow” to conceive a female empowered perreo that centers the healing nature of friendship. The two leading ladies come together to create a reggaeton-meets-pop track that celebrates an expression of full freedom after removing yourself from a less than deserving relationship and embraces the communal strength of reclaiming your seductive nature with a night out on the dancefloor with your girls. The single marks the leading single off the surprise release of part two of Becerra’s debut album “Animal,” whose announcement was unveiled via Instagram this week. –Jeanette Diaz

Helado Negro – “Outside the Outside”

Keeping up a steady pace on this year releases, including beautiful features such as Ela Minus’ “close,” Helado Negro presents us with another of his slow jams. “Outside the Outside” is a gentle, breezy track with a bumping baseline, ASMR-esque vocals, and sparkling, velveted key hints. Lange’s on-point arrangement, with no excess, places the song somewhere in between the chilly four-to-the-floor of Caribou and the soft electro rock of The Whitest Boy Alive. And, just like that, it makes us remember of the early 2010s with all the indie blog fauna, loads of compilations and micro-scenes blossoming from a more naive internet—a nostalgia only surpassed by the music video footage of a ‘80s family party. –Felipe Maia

Mon Laferte – “Wish You Were Gay”

Chilean artist Mon Laferte puts her own spin on a Billie Eilish classic “Wish You Were Gay” as her cover choice for her Spotify Single Session. Reinventing the delicately sedative track, Laferte spruces up the tempo and appends her stylistic ska-inspired, big band backing rhythms to the mix. Horns, percussion, and light synths add a dynamic new life to the track without extracting the sonic backbone of the original song. Two artists with the capability to transcend genre on the basis of powerhouse vocals, this Spanish language cover displays the magic in what covers and crossovers can and should be. –Jeanette Diaz

Conveying a feeling that is both ancient and contemporary through music is not an easy thing to do. juliana’s voice achieves this balance in an almost seamless way. On “SE VA,” she lets her vocals invoke ghosts from the past as they relate a song of sorrow in our time, a lament to the end of things. The yearning within the track becomes vivid thanks to the spectral production of the Caribbean rhythms found in it, making it soar straight into the most tender fibers of the listener’s heart. –Marcos Hassan

Nite Jewel – “When There Is No Sun”

No Sun, the just-released album by Ramona Gonzalez under her Nite Jewel name, was inspired by her recent divorce and Ph.D. studies on musicology; and the closing track is perhaps the one that better reflects these two facts. “When There Is No Sun” is a cover of legendary space jazz icon Sun Ra in which she looks back to the past to face the present through her electronic arrangement. As the song progresses, Gonzalez’s voice soars and the music becomes grander, more dissonant, and every bit as complex as life itself. –Marcos Hassan

Capturing the nagging disenchantment of Puerto Ricans on the verge of emigrating, “En La Playa,” the latest single from Boricua singer-songwriter A Estas Alturas, is a loving, funereal snapshot of an island in conflict. The deceptively lighthearted track harnesses Caribbean melancholy and the troubadour soul of Daniel José Vicente, who’s unveiled a string of atmospheric acoustic singles leading up to his debut EP I, out now. –Richard Villegas

For far too long, el género experienced a shameful dearth of female artists, accounting for years of missed stars and voices that were never given the slightest chance to step up and share their talent. These days, those floodgates have been cracked open and, while not exactly yet an embarrassment of riches, there are dozens more women stunting their flavor of reggaetón for listeners to indulge in. Add to that list Isabella Lovestory, hailing from Honduras and serving EDM-perreo with her new single “Tranki.” Astutely seeing the coming wave of electronic music-inspired mashups, “Tranki” is a catchy mix of neoperreo and trance that fits into any dancefloor or headphones. –Juan J. Arroyo

Rowdy Salvadoran trap boys Jvr and Sander have linked up for a booming new breakup anthem titled “Solo Queda Bailar,” all about nursing your torn up heart with a night of boozy culo-shaking. Following 2020’s lo-fi crossover on Wotefok Hicimos Un EP De Trap Duro Con Los Panas (or Dafuq We Made A Hard Trap EP With The Boys), the new track is easily their most polished effort do date, infusing high energy trap production with dejected vocals and deliciously effervescent acoustic guitar. –Richard Villegas

With two albums in less than two years, both 2020’s Latin Grammy nominee Soy Emilia and multi-instrumentalist Duplat earned their spots in the current Colombian alternative pop scene. In “Vil Reptil,” they get along to boost up the best of their music-making. Duplat’s colorful key palette, floating from jazzy lines to striking piano chords, is the perfect fit for Soy Emilia’s rounded bass and bittersweet singing about an odd, unbalanced relationship. The duo has left us with an aftertaste. Maybe they should work on an album together. –Felipe Maia