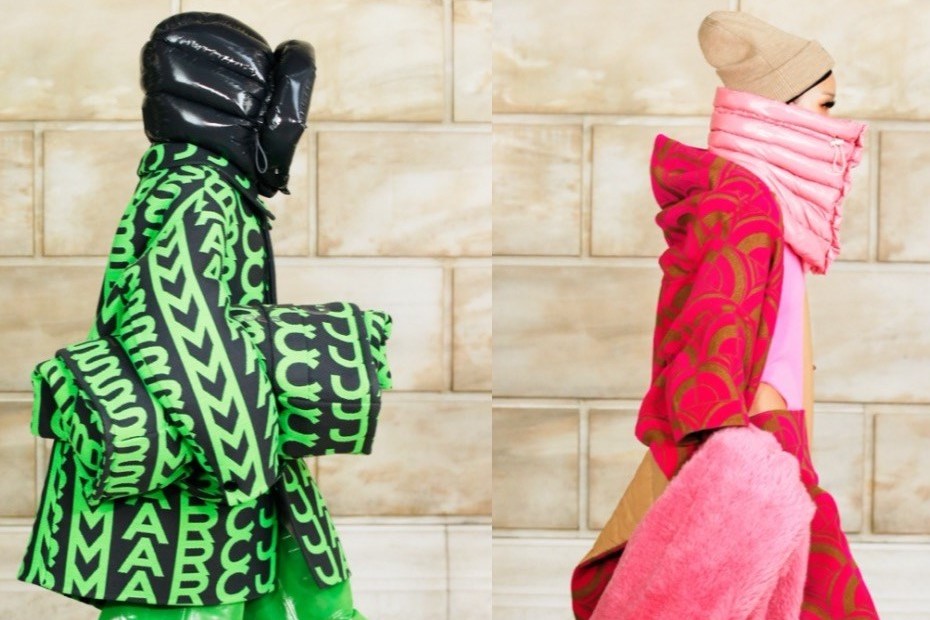 The designer just dropped his AW21 collection in NY

Though prolific on social media throughout the great plague of 2020 (and, tbh, 2021), Marc Jacobs has been noticeably absent from the runway.

With his last show taking place all the way back in February of last year, the designer has been taking a time-out to reassess his relationship with fashion and figure out “what works, what doesn’t work, what we love, what we are willing to let go, and what has importance, value, and meaning” – though we’re sure turning looks on IG and focusing on his brilliantly bratty Heaven line kept him busy, too.

Now, he’s back with a bang. As part of a show that took place at New York’s Public Library,  the designer sent a joyful collection down the catwalk.

Like Nicolas Ghesquière, who dropped a sci-fi-tinged collection at Louis Vuitton earlier this month, Jacobs had seemingly spent his lockdown getting inspired by the Space Race era of the 1960s. Models including Kaia Gerber and Gigi Hadid stormed down the runway in a series of looks that fused Jacobs’ punky Americana with the campy, retro-futuristic aesthetics of the Space Age.

What exactly did this mean? Louche, wide-legged trousers and slim, roll-neck sweater in ribbed knits that clung comfortingly to the body were layered under ballooning cocoon coats bearing blown-up versions of Jacobs’ logo, while slinky, silky bias-cut slips were matched with enormous fun fur scarves that trailed on the floor as the models walked.

Elsewhere. XXL jackets were blown up to @itsmaysmemes proportions were worn with sequin disc studded sheaths and skirts, as well as ski-pants, with many looks finished with chunky woollen snoods, puffed-up shawls, headscarves and baseball caps. The show notes were simply entitled ‘Happiness’ – and wearing this cocooning, exuberant collection, it’s hard to imagine you could be anything but.

Check out some of the collection in the gallery above.