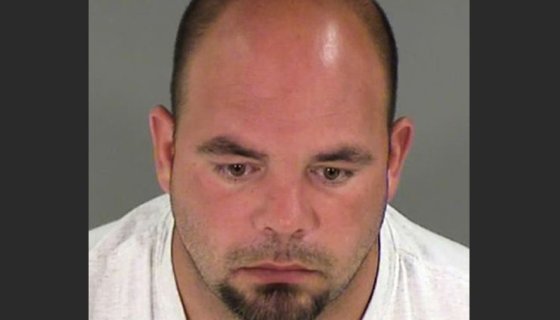 A weekend in a Richmond, Va. suburb was nearly upended by the acts of a man who prosecutors say is a professed leader. Harry Rogers was hit with several charges after attempting to drive his vehicle through a throng of peaceful protestors gathering in support of George Floyd and others.

As reported by local outlet the Richmond Times-Dispatch, Harry Rogers, 36, is “an admitted leader of the Ku Klux Klan and a propagandist for Confederate ideology” said Henrico County’s top prosecutor Shannon Taylor a press statement on the matter on Monday (June 8).

Over the weekend, Rogers drove into the town of Lakeside, which is just north of Richmond, on Sunday (June 7) and reportedly threatened to run protestors over who were peacefully gathering. Rogers was arrested and charged with attempted malicious wounding, felony vandalism, and assault and battery.

“While I am grateful that the victim’s injuries do not appear to be serious, an attack on peaceful protesters is heinous and despicable and we will prosecute to the fullest extent of the law,” Taylor said.

The Richmond Times-Dispatch adds in its reporting that the girlfriend of Rogers has shared that she has received death threats in the wake of her boyfriend’s arrest. Apparently, Rogers wanted to make certain that protestors gathered at the site of the A.P. Hill statue would not deface the monument and to watch the protestors’ activity in order to report to police.

The girlfriend said that her teen son accompanied Rogers to the protest and was allegedly punched in he face while sitting in the pick-up truck. She added that Rogers drove over a median to get the boy out of harm’s way ahead of threatening to use the truck as a weapon.

People on the ground of the protests deny that the teen was punched. Rogers is currently being held without bond as he awaits sentencing.