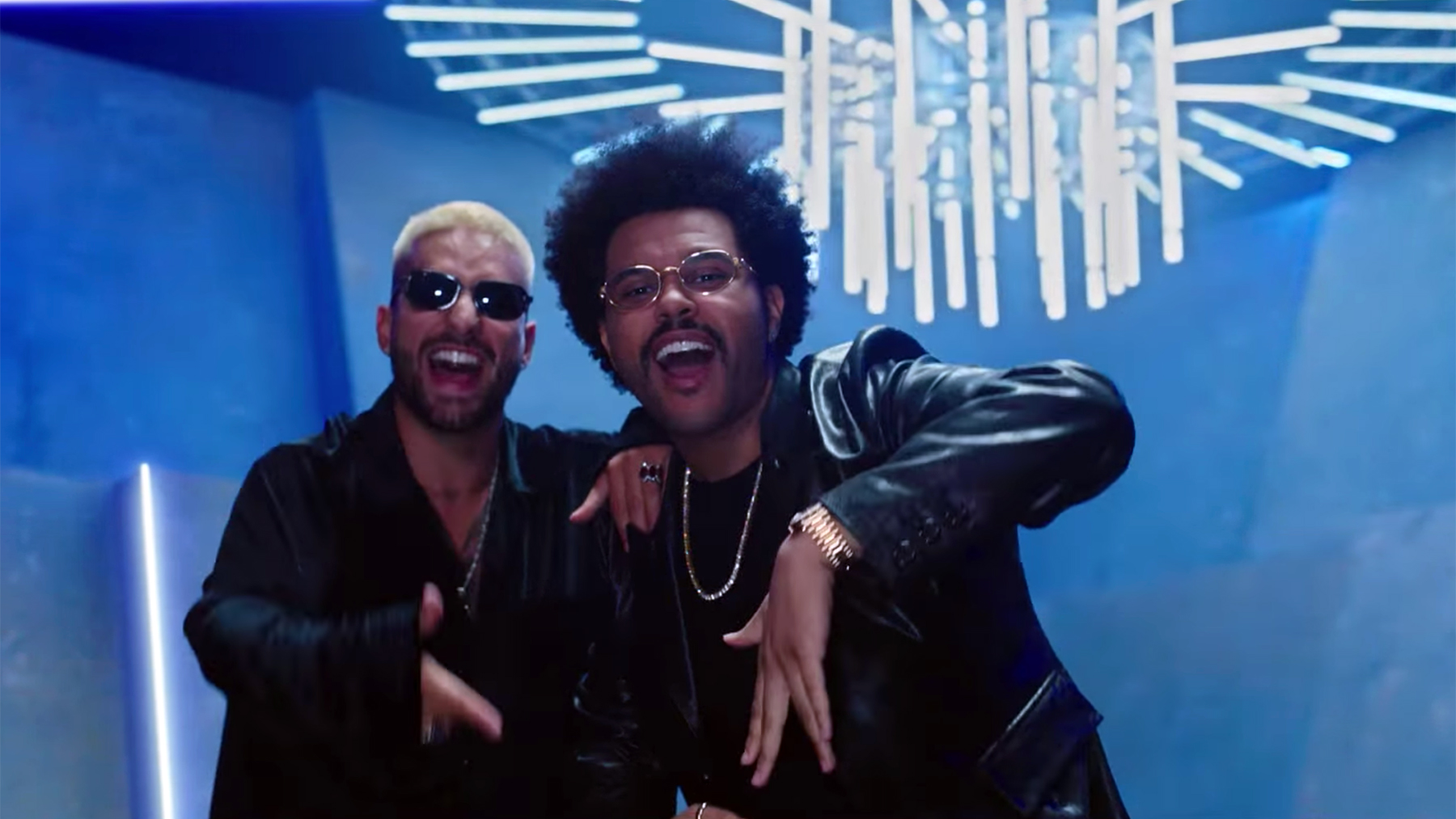 Maluma has released a new remix of “Hawái” with the Weeknd, as well as an accompanying video.

The new version of the track opens with a fresh verse from the Weeknd who adds a characteristically tender and compelling vocal performance to the song, which delves into a tumultuous break-up rattled by the particulars of the Instagram age (the song also marks the first time the Weeknd has sung in both Spanish and English).

The track is accompanied by a video, directed by Jessy Terrero, in which the Weeknd and Maluma perform the song in a neon-lit club, attracting the eyes of numerous admirers. But despite how steamy things get, the clip ends with one woman pointedly burning her ex-partner’s shirt.

“I have always admired the Weeknd so it feels nothing short of a dream come true to have him collab on ‘Hawái’ remix — he brought another flow to it and sang in both Spanish and English which is impressive,” Maluma said in a statement.

“Hawái” appears on Maluma’s most recent album, Papi Juancho, which was released in August. The Colombian recently teamed with Jennifer Lopez for two new songs, “Pa’ Ti” and “Lonely,” both of which are tied to their upcoming movie together, Marry Me, out February 12th.