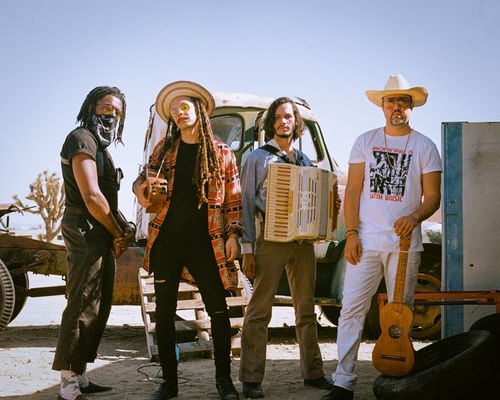 The latin-rock band incorporates guitar, bass, drums, percussion, but also synthesizers, effects pedals, and indigenous instruments from Latin America into their music. Their specialty lies in a sophisticated mixture of various genres, including cumbia, blues, salsa and soul, Cuban son and rock’n’roll and the result is mindblowing in terms of the listening experiences they are able to create for the fans.

Enrique and his brother, bassist Diego Chi, are Panamanian, and percussionist Juan-Carlos Chaurand is of Mexican descent, and they’re known already to underscore rock with Latin American rhythms played with their African etymologies highlighted, honored. There’s another layer to this go-’round, though: Making Movies’ new drummer, Duncan Burnett brings to the blend a lifetime of playing Black gospel—another genre of music with storied derivations in African traditions.

”Sala De Los Pecadores” offers one more reason to get introduced to this talented collective’s powerful art, so make sure to stream their latest single and watch the extraordinary music video dropped alongside the single.