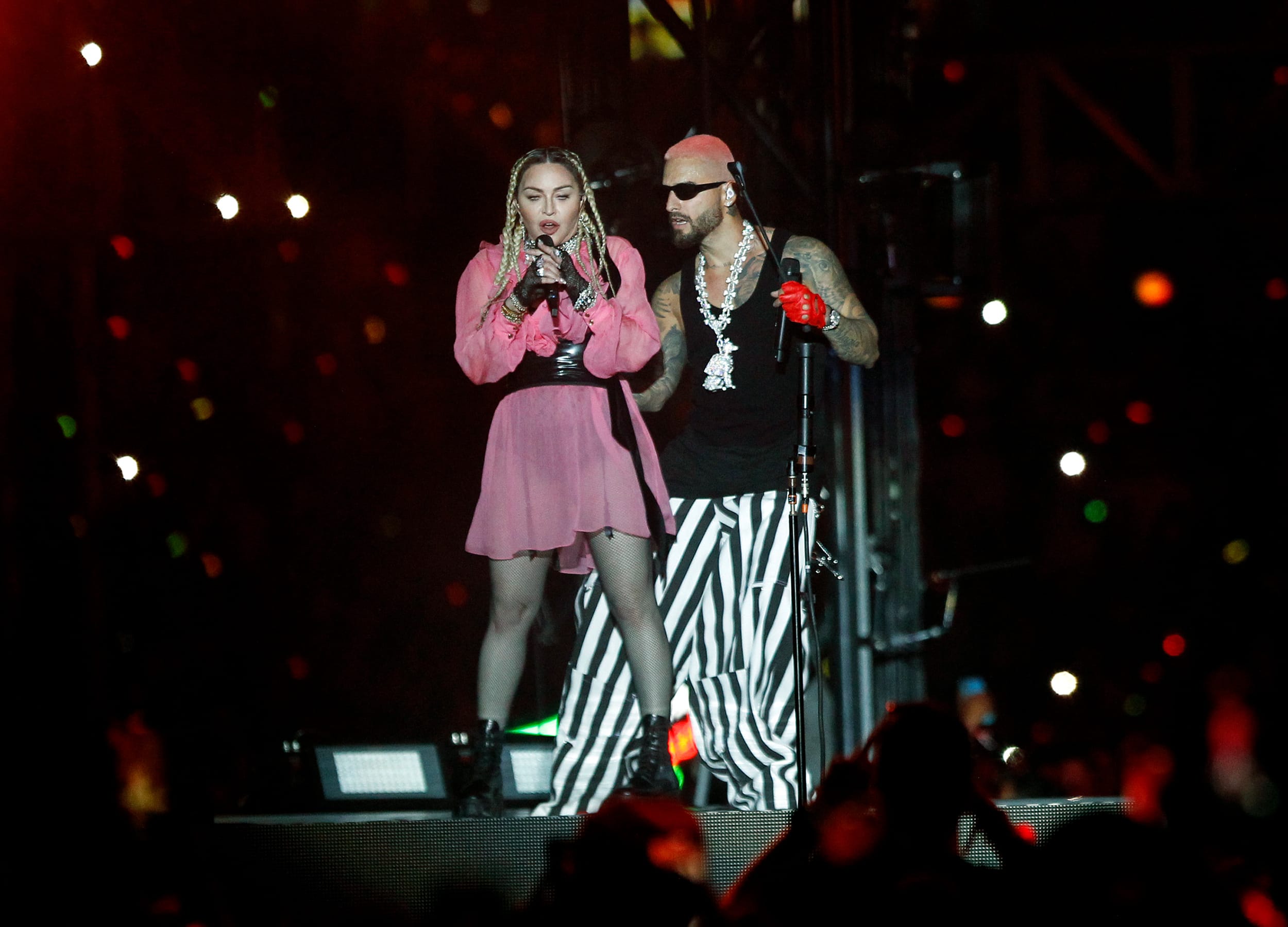 It’s Maluma, baby! The Colombian pop star brought out his A-game during his hometown show in Medellín, Colombia, on Saturday (April 30). For his stadium concert “Medallo en el Mapa,” the singer brought out multiple special guests that elevated the performances — like the icon herself, Madonna. Other featured guests included Grupo Firme and other colleagues such as Feid and Blessd.

Wearing a sheer pink outfit, the queen of pop joined Maluma for a performance of their 2019 collaboration “Medellín” and her 2000s single, “Music.” “Medellin……….. !!!!!! TE AMO” the “Material Girl” singer wrote on her Instagram post of a short video clip of her trip to Colombia, showing their friendship during rehearsals. After the concert, she posted another Instagram photo with the caption: “Last night was so 🔥🔥🔥 in Medellin with @maluma ! Thank you Everyone!!! 💕💗💕💗💕💗!!!! 🇨🇴 🇨🇴 🇨🇴 Besitos.”

As aforementioned, she wasn’t the only artist featured in this historical event for Maluma – Regional Mexican band Grupo Firme also made the trip to Medallo. The Tijuana band performed their 2021 No. 1 hit collaboration “Cada Quien,” and followed it up with a rendition of the single “Ya Supérame.” Not only did they share this moment, but they also delivered a tribute to the late Vicente Fernandez by singing his iconic song “Acá Entre Nos” and “El Rey,” also joined by the Colombian singer Pipe Bueno.

According to Billboard and the press release, other stars supporting Maluma’s show included: Feid on “Mojando Asientos” and “Fresh Kerias,” Wolfine on the “Bella” remix and “Escápate Conmigo,” and Blessd, Kapla y Miky, and Philip Ariaz on “L.N.E.M. (Gata).” With Blessd, Maluma also performed “Imposible” remix.

The sold-out show “Medallo en el Mapa” at the Atanasio Girardot Soccer Stadium drew in 54,000 fans. And for all of those not in physical attendance, Amazon Prime streamed the concert for fans at home.

What a concert! We can’t wait until Papi Juancho takes this show on the road.