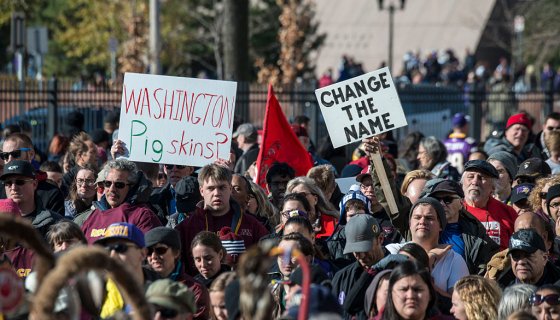 The team is in a lot of hot water for reasons outside of the product they put on the field, and the hits keep coming for the franchise. Video game developer Electronic Arts moved to take down the team’s racist nickname and logo for hits release.

Kotaku reports that Madden NFL 21, which comes out this August, will undergo changes with the removal of the slur that has served as the Washington team name for years. Public pressure mounted and the team elected to do away with the name and logo and is currently mulling a bunch of new names but a man allegedly holds trademarks for some of the names that make sense.

“We are pleased to see Washington’s decision to change their team name and visual identity,” a rep told the outlet. “We are quickly working to update Madden NFL 21 to feature a generic Washington team, while we await final word on the updated team name and logo design.”

The outlet adds that hard copies of the game due to drop on August 25 will feature the old team name and logo but EA promises that an update will kick on if players connect to the Internet that will remove it.