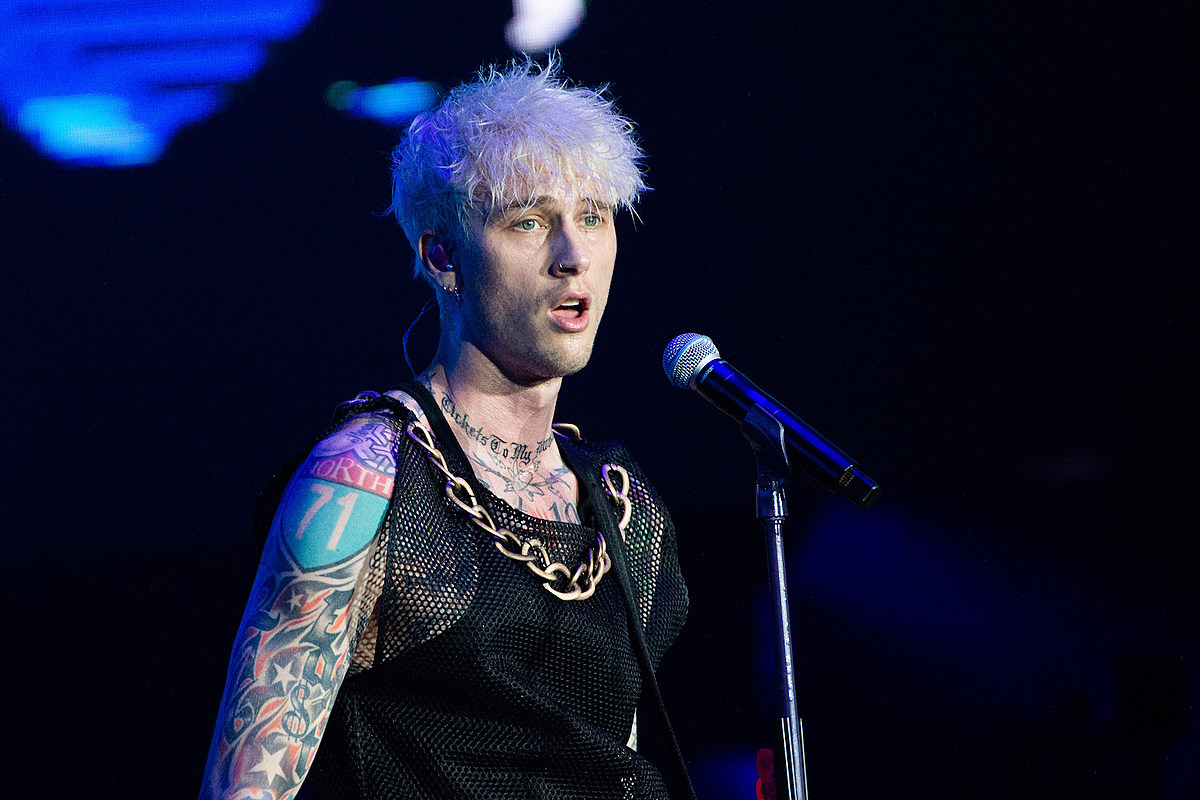 2020 is the year of pop-punk for  Machine Gun Kelly, and his new album Tickets to My Downfall will be out a week from today on Sept. 25. He hasn't had the greatest luck with the artwork for the album, though. Upon revealing the new cover art, he admitted he accidentally signed 13,000 copies of the wrong one.

The musician shared the story behind how the new album art came about in a video clip on Twitter.

"Are you fucking kidding me, because I literally just signed 13,000 of these," MGK said defeatedly while sitting at a table surrounded by seemingly endless stacks of albums. "Today, ladies and gentlemen — everything got fucked."

Earlier this month, Kelly revealed that he was being forced to change the artwork he originally had picked out for Tickets to My Downfall because the drawing copied a photo his label didn't own the rights to.

The day after his brutal realization that he had just put all of that effort into signing thousands of the wrong album, he decided to do an improv photo shoot in an empty pool with a guitar that has the album title written on it. The video shows snippets from behind-the-scenes of the shoot, and the final product is displayed at the end.