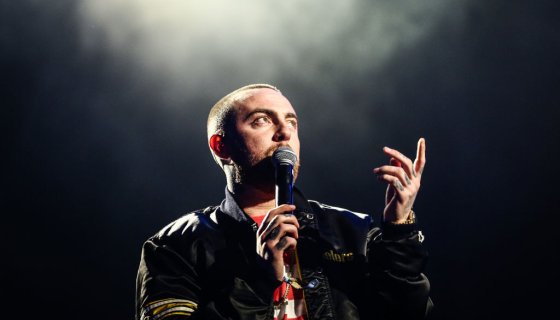 was on the cusp of superstardom when he from an accidental drug overdose in 2018 and the age of 26. One of the Pittsburgh rapper’s earlier works was missing from the various streaming services but is now available to the masses.

Released in the summer of 2010, Miller’s K.I.D.S. tape was released as a free digital download in conjunction with DatPiff, and just ahead of his debut studio album, Blue Slide Park with Rostrum Records. Still a teenager at the time, Miller’s topics stayed in the cool stoner vibe he was initially known for, and he was yet to display his formidable production and songwriting talents that came with subsequent full-length releases.

Miller did much of the heavy lifting on K.I.D.S., with hometown ally Chevy Woods joining him on the track “Paper Route” and DJ Bionics showing up on an interlude. The mixtape was hit with some controversy after Miller sampled Lord Finesse’s “Hip 2 Da Game,” resulting in the DITC veteran launching a $10 million lawsuit that was eventually settled out of court years later.

With the announcement of the blog era classic hitting the streaming services, fans on Twitter have been replying with their praise and memories of the project. We have those listed below.

In honor of K.I.D.S being on all streaming platforms…

Me listening to K.I.D.S alone for the next week. pic.twitter.com/DFCDyD8563

K.I.D.S is on streaming platforms but now all we need is FUCKING FACES to on them! pic.twitter.com/MXr9UhL18J

Gen-Xers and early Millennials wondering why a movie from the mid 90’s is trending… K.I.D.S #kids #MacMiller pic.twitter.com/GarJBqiK33

What a magical time this was. K.I.D.S. is finally available on all streaming services. 🙏🏼❤️ pic.twitter.com/ktIk8lGbCh

When I saw K.I.D.S trending, I thought it meant this pic.twitter.com/PxWuCJjg29

i wish we could go back 10 years ago when K.I.D.S. first came out. Mac was right. this really is some life changing shit. he did that.

Since K.I.D.S is now on steaming platforms, here’s a throwback to vintage Mac Miller’s ‘Nike’s on My Feet’ pic.twitter.com/9FQt1kERH0

AND IT HAS KOOL AID & FROZEN PIZZA ON IT. pic.twitter.com/stJepoAHFI

Why do I get the feeling that most of the Mac Miller fans talking about K.I.D.S. are too young to have seen the movie? pic.twitter.com/4fgWfv4tLv