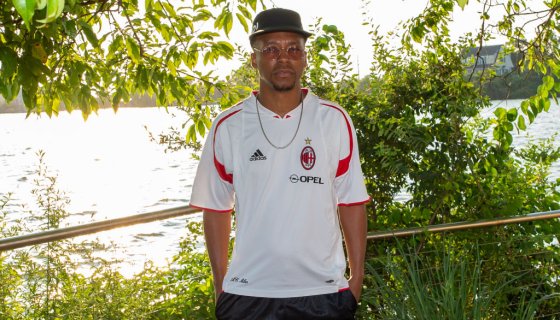 One of Rap’s most slept on wordsmiths is linking with younger talent. is prepping a new release manned by Kaelin Ellis.

The Chicago MC and the Orlando producer have announced their collaborative EP HOUSE, out on July 24th. The announcement comes with the first single from the EP “SHOES” featuring . The HOUSE EP came together by chance — on May 5th, Lupe was tagged on Twitter in the replies of a Tweet from Kaelin Ellis, a young producer who had been posting clips of himself creating beats in lockdown.

Reading “Get this to @LupeFiasco somehow,” Lupe listened, liked the beat, screen recorded Kaelin’s video, dropped it in GarageBand, freestyled over the beat, exported it in Quicktime, then Tweeted the song just a few hours after he first saw the mention.The two then began interacting over Twitter, Kaelin sending beats to Lupe, who rapped over the tracks he liked. A few weeks later they had a 5 song EP titled HOUSE, referencing that the two had created the collaborative EP locked down in their respective homes.

For the EP’s first track “HOMME MADE,” Lupe had his friend Virgil Abloh speak about the concept of a house — Virgil has a Master of Architecture, and Lupe wanted to present an architect’s perspective. Abloh is also featured on the song “SHOES,” where he describes hypothetically designing the shoes that Ahmaud Arbery was wearing when he was murdered.

You can listen to “SHOES” here.