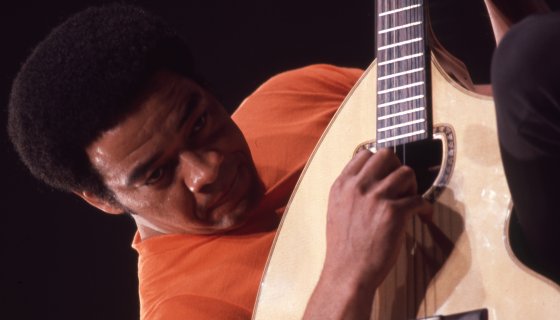 Soul singer-songwriter William Harrison “Bill“ Withers passed away earlier this week () due to heart complications. The legendary singer was 81 and while his spirit has moved on, his music is eternal and its DNA has been flipped by plenty of Hip-Hop artists.

A native of West Virginia, the three-time Grammy Award winner first burst onto the music scene with numerous chart-topping hits including “Aint No Sunshine,” “Use Me,” “Lean On Me,” “Lovely Day,” “Lean on Me,” and more. His album, Live at Carnegie Hall, is still regarded as one of the greatest live albums ever.

Withers’ songs have been covered and sampled by numerous artists, bringing his music to multiple generations although he hadn’t recorded new material since the ’80s. In 2015, he received the ultimate recognition of his artistry by being .

Will Smith “Just the Two of Us”

Song sampled: “Just the Two of Us”

After becoming the biggest movie star on the planet, Will Smith aka The Fresh Prince returned to his roots and dropped “Just the Two of Us” as an ode to his son. The track is a remake of Bill Withers and Grover Washington’s classic “Just the Two of Us.”

Kendrick Lamar, “Sing About Me, I’m Dying of Thirst”

Song Sampled: “Use Me”

Bill Withers “Use Me” is one of his most sampled songs because of the funky drum break at the beginning. Giving it a modern twist, Kendrick Lamar looped it on his classic “Sing About Me, I’m Thirst.”

At the peak of his powers, DMX was Hip-Hop’s biggest rapper and was a budding film star. Off the Exit Wounds soundtrack, X’s “Aint No Sunshine” was a haunting rendition of the Bill Withers classic.

Song Sampled: “Use Me”

Houston’s dynamic duo UGK brings some Southern Hospitality to Bill WIthers’ “Use Me” with their version. Just like Withers, Pimp C is smitten by a bad sister and just wants to be used up.

Song Sampled: “Who Is He (And What Is He To You)

The second single from his debut album Confessions of Fire, Cam’ron collaborated with fellow Harlemite Mase on “Horse and Carriage that kept the dancefloors packed. The track samples Bill Withers’s paranoid bop, “Who Is He (And What Is He To You).”

Song Sampled: “Lean On Me”

When Lean On Me was released in theatres in 1989, Big Daddy Kane was tapped to remix one of Bill Withers’ signature songs, “Lean On Me.” Not only did Kane sample the song but Club Nouveau had a major hit when they covered it in 1987.

The classic funk break on Bill Withers “Kissing My Love” has been sampled by notably Eric B. and Rakim on “In the Ghetto” and by The Jungle Brothers on “Straight Out the Jungle.” But Dr. Dre’s G-Funk version on “Let Me Ride” is some of the Doctor’s best work.

Teddy Riley gave his quartet Blackstreet a classic with “No Diggity,” featuring Dr. Dre. and Queen Pen. “No Diggity” samples one of Withers’ most revered songs, “Grandma’s Hands.”