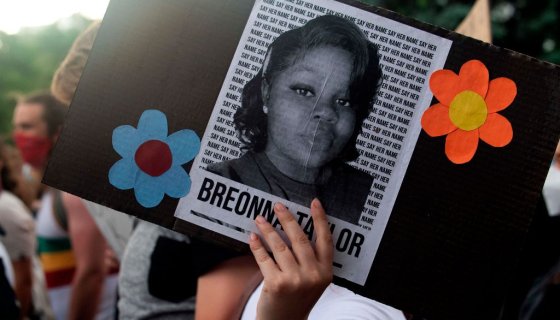 City officials in Louisville have unanimously passed that severely limits and monitors no-knock warrants in the city.

According to local news station, WAVE3, the new proposed law, if passed by the full Metro Council, will require officers to thoroughly justify any no-knock warrant before it is reviewed by the SWAT commander and police chief. In cases where the police chief is not able to approve such a warrant, they can give anyone with at least the rank of major the power to approve the warrant.

The proposal also includes a rule about body cameras that states all officers must be wearing them and must activate them at least five minutes before any warrant is executed, noting that the videos from all warrants executed will be held for at least five years.

The proposed law was named after 26-year-old by Sgt. Jonathan Mattingly and officers Brett Hankison and Myles Cosgrove as they were executing a no-knock warrant for Jamarcus Glover, who was arrested in an earlier raid and did not live at the home.

There has been of the raid because, according to a lawsuit filed by Taylor’s family, the three officers arrived at the couple’s home in unmarked cars and without uniforms. They also did not have body cameras on during the shooting.

Despite the approval, a number of activists and council members said it was not enough.

“We’re not going far enough with this legislation. We need to be discussing that and make sure that we get something right. Anything short of that [and] we actually hurt the situation,” Councilman Brent Ackerson said.

Although after the murder of Taylor, Louisville Metro Police Chief Steve Conrad was fired, subsequent protests over her death led to the police killing of local beloved restaurant owner David McAtee.

The proposal is slated to head to the full Metro Council for a vote on June 11.