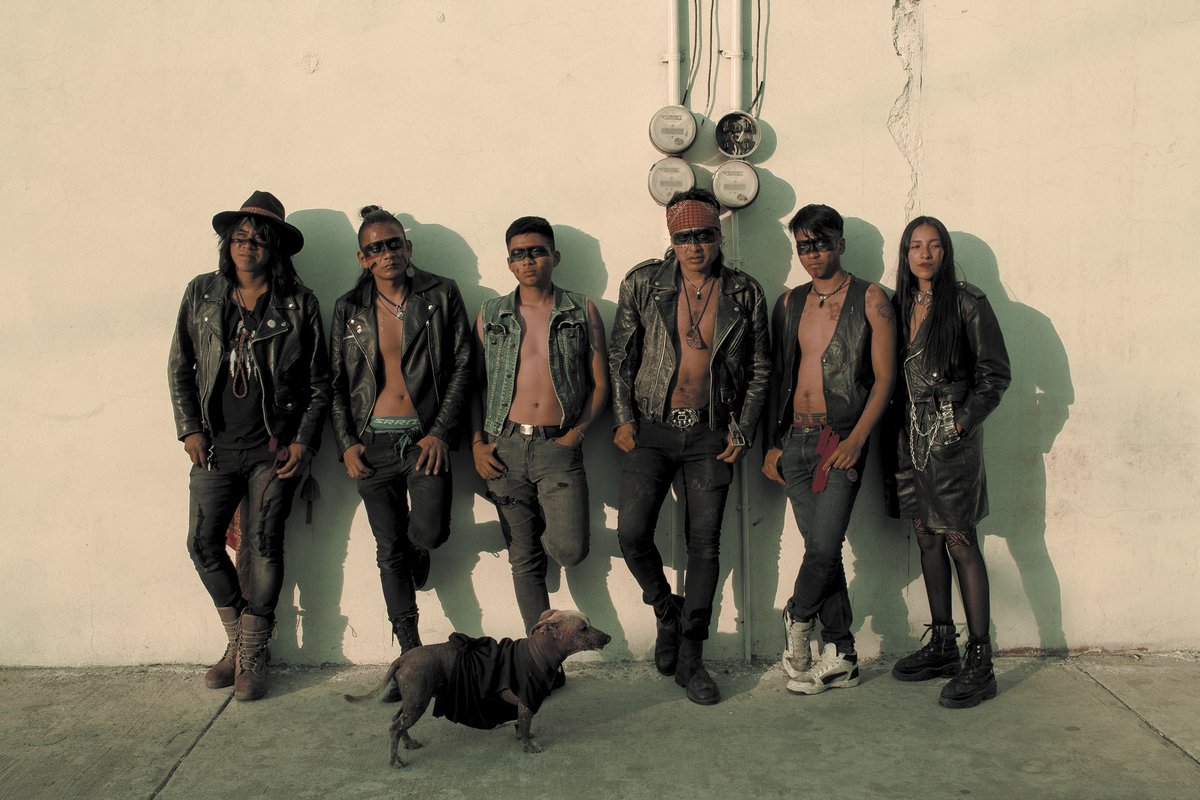 Sometimes you need to let out a scream to wake you the fuck up. “Hijos De Puta” opens with exactly that, those words being uttered in throat-slashing fashion as if they were being let out from a primordial era to express that something is not quite right in the present day.

Los Cogelones are a band from Ciudad Nezahualcóyotl in the outskirts of Mexico City who link pre-Hispanic culture and music with raw garage punk. Ciudad Neza is a municipality far from the city’s center area where a big part of the basic work force of CDMX lives; the area has developed a reputation as a rowdy place to live with its own culture. In terms of rock music, Ciudad Neza gave birth to rock urbano, a blues rock-based sound that evolved from the late ‘60s psychedelic music scene after the mainstream pushed it to the fringes; the city adopted bands like Three Souls In My Mind (later El Tri) and would spawn legends like Charlie Monttana, Banda Bostik, and El Haragán. Los Cogelones link their lineage to rock urbano thanks to their rough and ready take on the form, as well as the unpolished, but passionate vocals that talk about the struggles of those living there. They also salute their Aztec roots by adopting the civilization’s iconography.

“Hijos de Puta” is about standing up for yourself when something tries to keep you down. The video features the band donning their stage makeup, which takes its cue from Aztec war paint, matching it with leather jackets and denim. In the video, the band and friends race in passenger motorcycles–a popular form of public transportation in Ciudad Neza. The video was filmed on location with friends and acquaintances from their neighborhood to keep it real.

Although this video comes fresh from the oven, this is not the first one the band has done for “Hijos De Puta.” There’s another video that was released a few months ago that featured footage of police brutality in Mexico City and an ending that features a ritual human sacrifice. The video is still up, but was censored from appearing on search results.