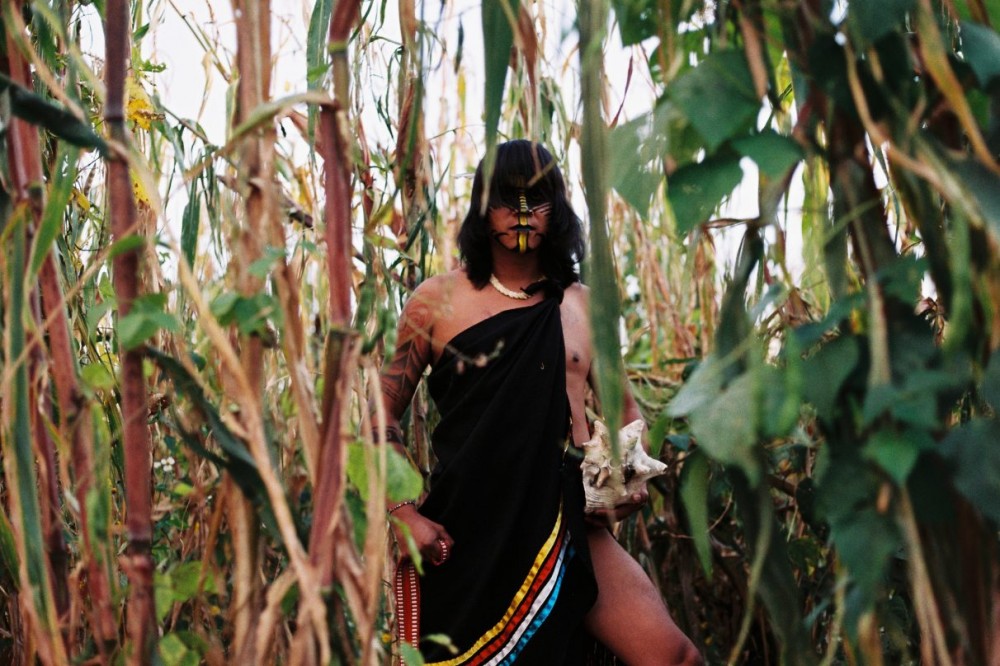 One of the most unique voices in the current Latin American rock scene is back with their most ambitious release to date. Today, Los Cogelones premiere a timely video for “500 Años,” and a manifesto for their followers to take action in these modern times.

The Estado de México band has made a name for itself by playing a highly original style of music, taking rock urbano-infused garage punk along with the exaltation of Aztek culture to honor their ancient legacy. As a result, their latest album, Hijos del Sol, has earned them accolades and fans all over the map—including a place on our list of best garage/punk songs of 2020. They are now ready to reach a whole new plane.

Not coincidentally, the song’s video is dropping on February 23, the date on which many commemorate Cuauhtemoc’s birthday as well as the 500th anniversary of his death, which marked one of the major events of the fall of Tenochtitlan by the hands of the Spaniards. Musically-speaking, “500 Años” is part soundtrack to a ritual and part rip-roaring punk rock; the band’s down-and-dirty guitar approach augmented by a marching band that brings a more poignant delivery to their music. To accentuate the song’s message of honoring their heritage, the video presents a sprawling visual work that perfectly complements the music.

Along with the video, the Ciudad Neza band has shared a manifesto in which they urge their fellow men and women to connect with their roots in a meaningful way, find strength in unity instead of individualism, and defend their legacy. With said manifesto, Los Cogelones expand the message of the song’s original lyrics. They’re here to remind us that history is an ongoing event in which the past informs the present.

Read the full manifesto below: 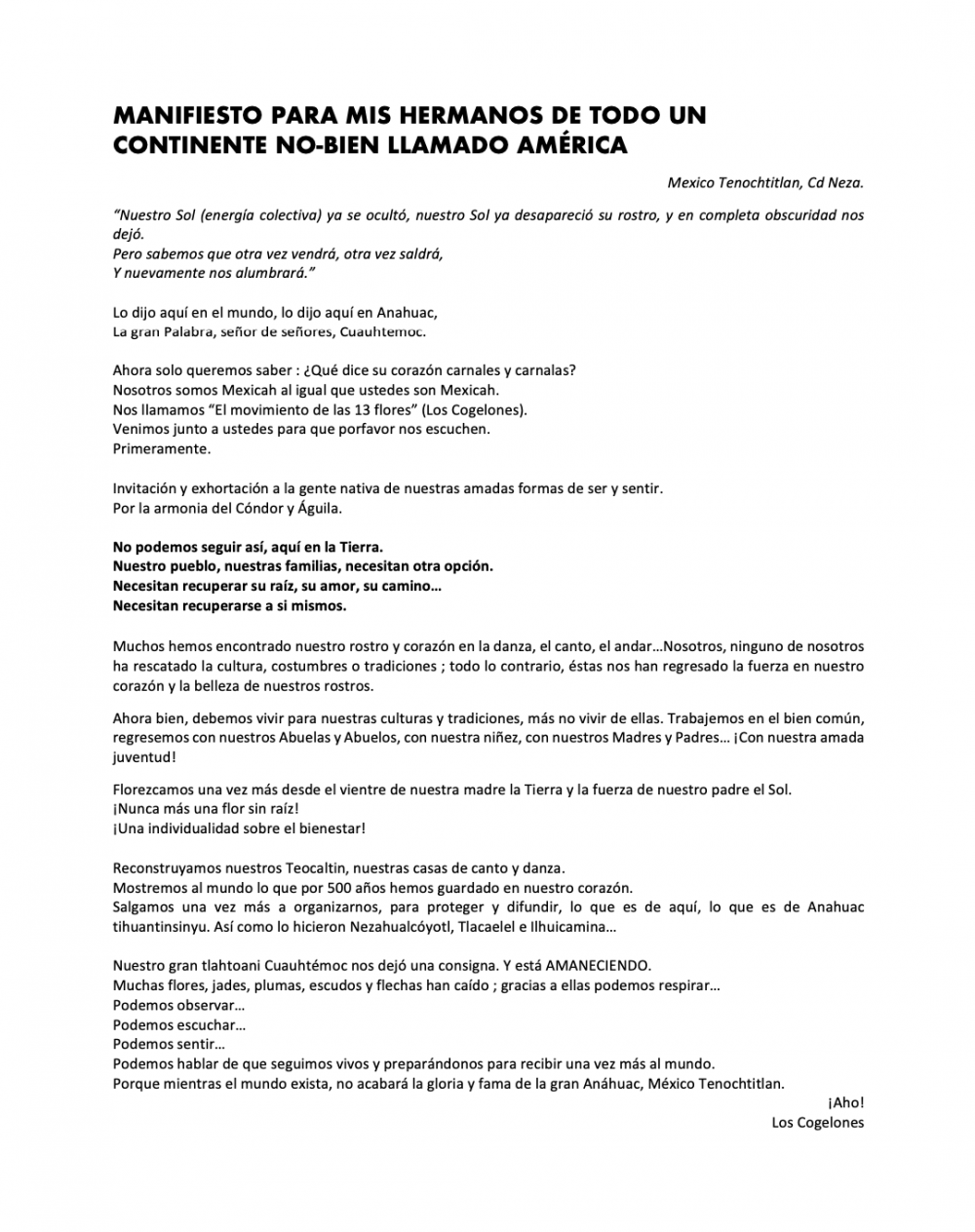