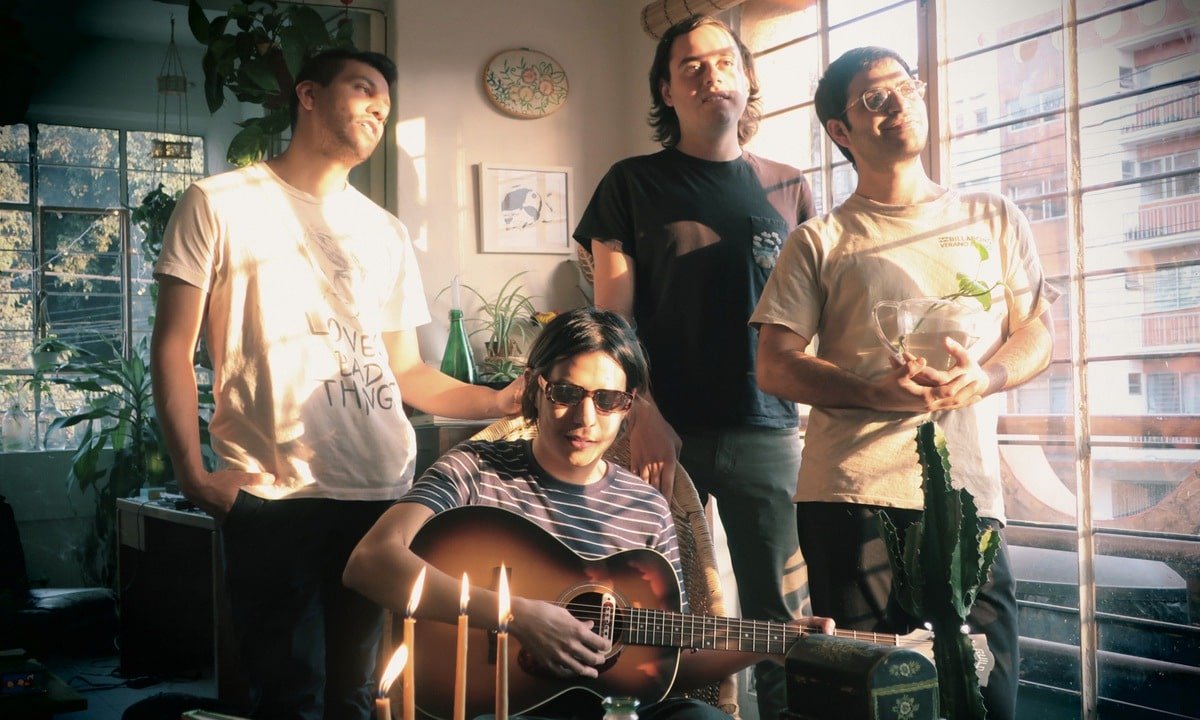 As the weeklong circus called the Republican National Convention winds down, the United States is still reeling following the egregious police shooting of Black Wisconsin father Jacob Blake; once again sparking nationwide protests and high-profile strikes from major league teams. At this point, ACAB feels like a mantra for 2020, extending far beyond U.S. borders and echoing headline-making discontent in Chile, Brazil, and Colombia. As if presciently reading the room, Mexico City rockers Los Blenders have just unveiled a brand new video titled “Perdidos En Pantitlán,” where the band recounts their own harrowing encounter with a police officer from within an eerily plausible post-apocalyptic cityscape.

Flying off an unrelenting riff reminiscent of The Cure’s existential classic “Killing An Arab,” the track is an unusually sober cut from Los Blenders, who stray from lighthearted confessionals and mosh pit-igniting anthems in favor of poignant narration. As the song unfolds, singer Archie Archer shares a tale of a night out with friends, driving around town, smoking weed, and having some laughs. That all comes to a screeching halt when the group is stopped by a police officer who describes himself as “loco” and shoves them into his cruiser. While we’re spared some of the more graphic details, Archer’s chorus illustrates the extreme anxiety that filled the car: “Policía / Apiádese de mí / No nos desaparezca / Solo nos queremos divertir.” Eventually they are released somewhere in Iztapalapa without their phones or wallets, with everyone sneaking onto the metro and making their way back home.

While the storytelling in “Perdidos En Pantitlán” highlights rampant police abuses in Mexico–we recently reported on a similar incident experienced by trap star Alemán–the Emilio Guerrero Alexander-directed video astutely captures the decaying madness of law enforcement left unchecked. A dazed Archer is savagely beaten by inexplicably goth officers in mesh tanks and kevlar vests, later cutting to scenes of the singer on the ground with multiple guns pointed at his face and a boot on his neck in a shot harkening to the killing of George Floyd, back in May. Aesthetically, the clip channels dystopian sci-fi films like Escape From New York and Mad Max, and grounds its styling in Tepito’s wild Lagunilla tianguis by filling each frame with kitschy knick-knacks ranging from chrome cobras to gas masks, chain fringe and flame decals.

“Perdidos En Pantitlán” is the fifth single off Los Blender’s third studio album, Mazunte 2016, out on September 25 via Bay Area label Devil In The Woods. Visually captivating and no doubt an ear-worm, the release is also a metaphor for how Mexicans, if not most of the world, see these decaying public institutions as antagonists in our increasingly convulsive society. In this particular instance, Los Blenders made it home safely, but sadly, we know that isn’t everyone’s reality.