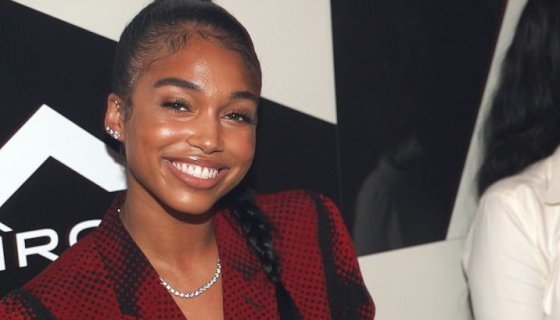 , currently struggling with a legal matter regarding the of one child, might be welcoming another baby to his sprawling brood. The Twitter streets are alleging that his girlfriend, , is pregnant and the Freebandz honcho is being coronated as the lifetime toxic king on the social media network.

It hasn’t been confirmed by either party, but Twitter is running wild with the chatter that Future and Harvey are expecting. If true, this would make baby mother number seven, or eight if Eliza Reign gets him to finally confirm if he’s the father of her daughter. The couple’s relationship is relatively a new item and they’ve been public about their union, with some even remarking that Harvey may have tamed the Future for the long haul.

Yet, there are many who believe that the rumors of the pregnancy would be a fail on Harvey’s part considering his prolific baby-making track record although he does seem to try to take care of the ones he claims. A little sleuthing online reveals that Harvey may have been sharing the sonogram photo of her sister Morgan Hawthorn’s baby and not announcing a pregnancy of her own her Instagram story feed.

At any rate, Twitter is having a field day and because little else is going on because of the quarantine laws in place, this has Harvey’s name trending since earlier Sunday morning.

We’ve got the reactions to rumors that Lori Harvey is pregnant with Future’s baby below. If anything changes, we’ll provide updates.

Waiiiit Lori Harvey pregnant by Future, which means he'll be leaving her soon. Between her and Yaya, at this point the ref gotta call it, city boys whippin our asses, we goin out bad ladies pic.twitter.com/gyy7pmWXsP

Lori Harvey has 48 hours to get shit faced drunk on live, or ima believe the rumors

Future when Lori Harvey asks if he's gonna stick with her after she has the baby pic.twitter.com/GiWj5I0uZy

No but fr how Lori Harvey let him trap her like that. I’m mad. She’s too elite to just be branded as his baby mama. Ion like that pic.twitter.com/k1q5e2NMuh

Youngboy on live calling yaya daddy a bitch while she sitting right there and fussing with Kodak. Now yall saying Lori Harvey pregnant for Future?? the two toxic niggas fighting for an award or something?? pic.twitter.com/iPFLKG4p1p

Lori Harvey pregnant by our Lord and Savior Nayvadius? pic.twitter.com/vRc01tQYJ8

When we found out Lori Harvey not pregnant & she was just by her sister house that is pregnant pic.twitter.com/7GQOLTD9ee