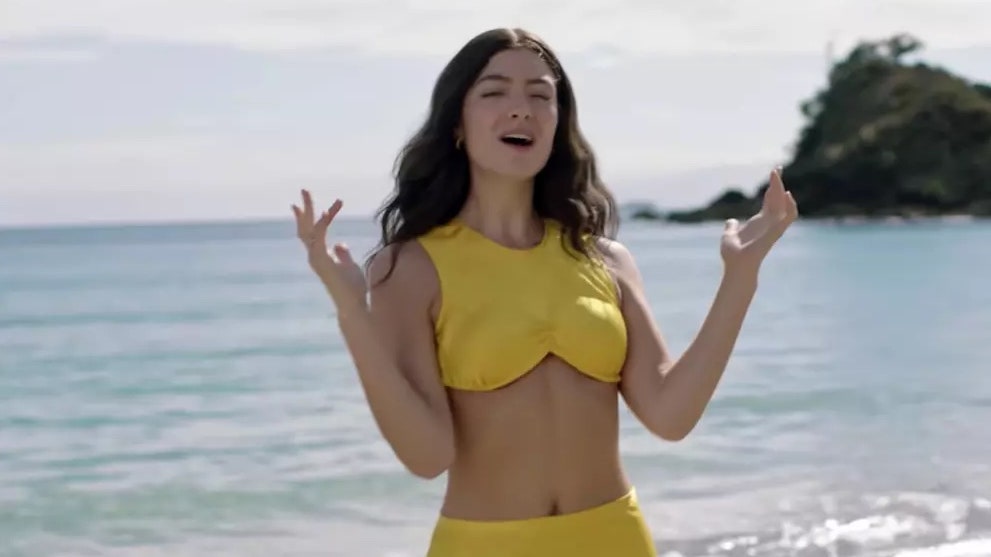 If there’s one thing Lorde knows, it’s how to keep her fans on their toes. First teasing her third album in 2019, she's kept her online presence to sporadic newsletters and an anonymous account reviewing onion rings in recent years. (@onionringsworldwide, for anyone who’s curious.) An appearance on cult style newsletter Blackbird Spyplane in December, in which Lorde shared details of her trip to Antarctica, also drew its fair share of attention—even if her journey there was possibly due to it being the one place on the planet she wouldn’t get bugged with questions about her upcoming album’s release.

Yet despite Lorde’s cautious approach to self-promotion, on Monday, the artwork for the album’s lead single, “Solar Power,” dropped to global fanfare. Appearing to show the musician long-jumping across a sandy New Zealand beach, it led to widespread anticipation about her new track. And also, of course, many a meme and conspiracy theory around the true length and agility of Lorde’s lower limbs. (Ten Lordes a-leaping? I’ll show myself out.)

Just when excitement was reaching fever pitch, Lorde decided to drop the video for “Solar Power” as a surprise earlier this evening. The Kiwi singer kicks things off by lounging on a beach in a sunflower yellow Collina Strada two-piece, before skipping across the sand and busting out some more serious dance moves as the song erupts into an upbeat groove that sits somewhere between Primal Scream’s “Loaded” and George Michael’s “Freedom! ’90.”

But as the video unfolds, it feels like there’s something more ominous lurking beneath the blissful facade of Lorde’s summer of love. That the visuals have a touch of Lord of the Flies about them is surely no accident; neither is Lorde’s description of herself as a “prettier Jesus.” Sign me up to the cult of Lorde any day, even if she has a few more sinister tricks up her sleeve. In the meantime, find me hypnotized by the sun-soaked, summery bliss of “Solar Power.”