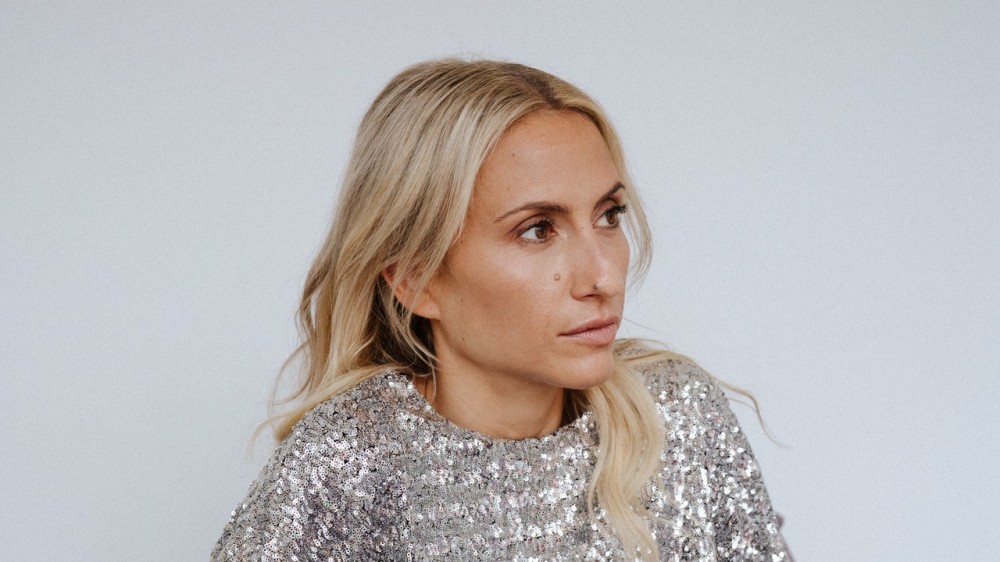 “French women do not dress for the category of being a mother (more conservatively), but more according to our bodies and our personal style,” says Lola Rykiel, the French designer/founder of sportswear line PomPom Paris. Rykiel is, of course, the daughter of the queen of knitwear Sonia Rykiel but she’s also a new mother—she gave birth to her daughter at the end of 2020. Throughout the conversation, Rykiel, who is considered the epitome of “French Girl” style, helps demystify the alluring and esoteric label, and she redefines the term with motherhood in mind.

Rykiel refers to PomPom Paris, which she launched in 2019, as a collection of “dramatic sportswear for everyday life.” With a history in dancing (Rykiel attended the Martha Graham School in New York), she was inspired by what dancers wear behind the scenes at rehearsal or backstage. With that in mind, Rykiel dreamed up effortless leisurewear that works just as well at a dance class as they would a night out dancing. The PomPom woman is “elegant and sensual” in loose clothes, she says.

According to Rykiel, the recipe for achieving peak French style in the many stages of motherhood is simple in theory: “Maternity wear is not widely used, at least for women who want to be fashionable.” she says. “I think that French women always want to stay stylish, chic, and true to their identity… French women want to keep their style while being fully pregnant…not hide for nine months wearing clothing made for maternity. Although it is not always easy to do, especially with the changes happening with your body, they try.”

Staying true to personal style amidst a changing body depends on comfort level, but Rykiel points to simple, polished staples that she has personally turned to throughout her pregnancy and postpartum for inspiration. “After giving birth, I have been drawn to wearing dresses, which I never really wore before being pregnant, unless for going out. I had to avoid my favorite 501 jeans because of my C-section, so I quickly discovered dresses as my new ally.” She also found joy in light, colorful silk dresses throughout her pregnancy last summer, as well as a large off-the-shoulder dress paired with a bright, minimalist Eres swimsuit. “I gravitated even more towards shapes that showed the shoulder or décolleté,” she says. “I tried to put the accent on my face because my skin was glowing and on my hair because it was healthier than ever.

She’s also swapped out heels to flats and a tight edit of sandals that still have some pizzazz, like her favorite embellished Miu Miu and clog-inspired Chloé pairs. “I haven’t worn heels for such a long time, but it is due to Covid too, not only motherhood. Although I carry my baby a lot, and I would never do it with heels because I would be too afraid to fall!”

While the French are largely about polished investment pieces, there’s still room for some flare. Many of Rykiel’s designs for PomPom Paris incorporate sequins and other shiny embellishments. “I wear even more sequins than I used to because my daughter loves it, especially when it reflects the sun. She touches the reflections and is mesmerized by the effect.”

Rykiel’s own designs were impacted by her learnings throughout her pregnancy, “I realized how difficult it was to find comfortable and chic clothes that would let you breathe. I am also hyper-conscious of the material I use because while pregnant, my skin was extremely sensitive and I couldn’t bear not having natural fabrics on my skin.” This pushed Rykiel to make jersey cotton T-shirts for her line, one of which, her Monica long-sleeved tee, comes in a very supportive stretch fabric that “gives the chest a beautiful frame.”

While the French may seem effortless while staying true to their personal style, a key takeaway about French style secrets from Rykiel is “the talent to pretend that French beauty and style is effortless. But trust me, it isn’t!”