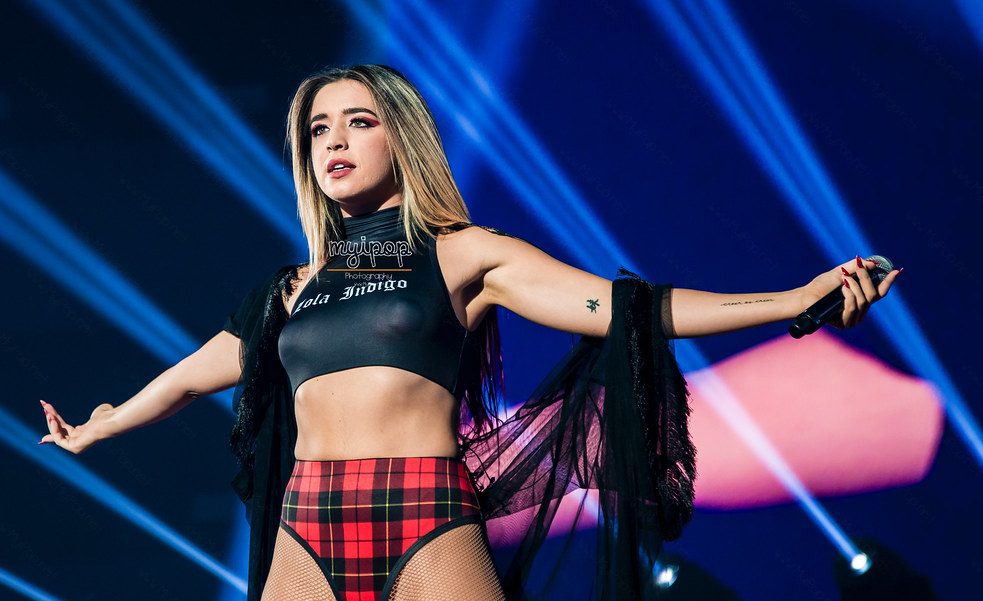 Miriam Doblas Muñoz, aka Lola Indigo, has recently teamed up with the Argentinian trap singer, KHEA to unleash an exquisite piece called  “CULO.”

Ever since the release of “CULO,” the project has been making a buzz in the scene where the music video alone has already generated 1.2 million views on YouTube.

The 29-year-old Spanish star unapologetically performs throughout the music video, where she also flexes her dance moves. Additionally, the video captures her with knives chopping guys’ heads here and there. With all honesty, the video has hilarious scenes that make you laugh.

Below you can check out “CULO,” a warped and weighty cut of Latin urban feel.