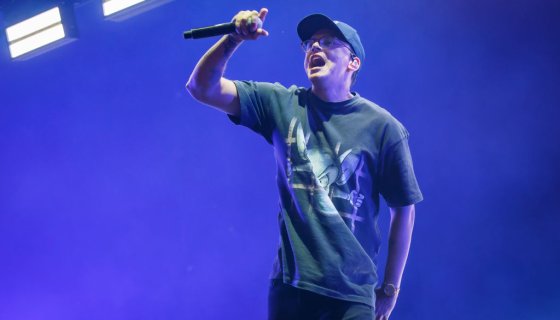 has packed in a lot of music over the course of his decade-long career, becoming a star after a heavy mixtape grind that began in the previous decade. With the release of his final album, No Pressure, fans of Bobby Taratino are hailing his swan song an instant classic.

The Montgomery County, Md. rapper delivered a lengthy album in No Pressure, clocking in just under an hour. Carrying much of the heavy lifting on his own as he’s often done in his career, Logic’s typical autobiographical and in-the-moment bars are still a hallmark of his overall sound.

With executive producers No I.D. and Chris Zerou of VMG guiding the project, Logic, who is the lead executive producer, sticks to an earnest script with unflinching honesty and plenty of homages to his time as a young man growing up in the DMV region.

Across Twitter, fans are perhaps prematurely praising No Pressure just hours after its release and we’ve got those reactions below.

logic on the no pressure intro pic.twitter.com/vtexGCPwtX

#NoPressure is an album that's going to live with Logic fans forever. Jesus could drop tonight and this will STILL be the best release. The music will prove that.

The dedication. The love. The effort. The celebration. The grand finale.

No Pressure is already AT LEAST a cult classic based on the simple fact that Logic is getting a positive reaction rather than the usual bandwagon hate. Either Logic truly delivered or HHT has matured.

Finished No Pressure and I think this will contend for my album of the year and might be a 10. I love to hear about his life with a kid and also his inspirations in hip hop. The production is out of this world. This album will be a classic. pic.twitter.com/LIst7WHzH4

Logic really spit some bars about making a Target run. No Pressure is a CLASSIC. @Logic301 pic.twitter.com/nLuVjnllDT

I havnt seen a SINGLE negative comment about #NoPressure and that speaks volumes. Past three (at least) Logic albums there’s always a critic but not this time 😂 this album really is something special 🧡 pic.twitter.com/HtgXQuhtwV

Now albums are classic just because they get a "positive reaction" ? 😂🤣

Logic stans have the Absolute lowest standards of any fanbase I've Ever seen, In my Entire life

"he sampled so many rappers"
🙄 https://t.co/5bATHN2JHr

@Logic301 No pressure is an instant classic. This is the logic i fell in love with 8 years ago with Undeniable and have been riding with ever since. Fantastic album

The streets is saying Logic dropped a classic

your mcm is listening to Logic’s last album and fighting back tears rn. he’s only on track 2 and he just tweeted that it’s a “classic.” do better queen