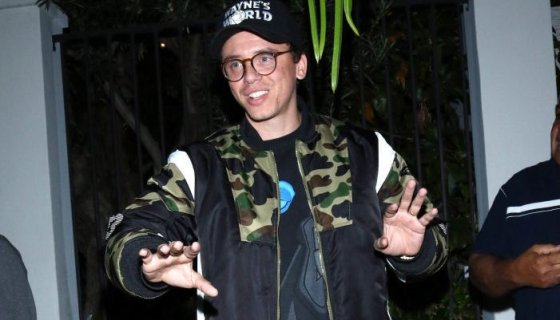 Logic’s “final” album No Pressure is only a few days old and already the Maryland rapper already has a few visuals in support of his project under his belt.

Just 24 hours after dropping the visuals to “,” Logic comes through with a new joint for “Aquarius III” which finds the new retiree taking a stroll through his neighborhood in a jumpsuit and a pair of Solar Red Nike Yeezy 2’s. For the record: Nike “George Bush Doesn’t Care About Black People” Yeezys >>>> adidas “Make America Great Again” Yeezys. Just sayin.’

Back in NYC, Dave East pays homage to his fallen homie, King Shooter, and burns a spliff in memory of his man’s and ‘em in his clip to “My Loc.” Heads don’t pour out enough liquor for the dead these days, G. Again, just sayin.’

Check out the rest of today’s drops including work from Baby Chris featuring Kevin Gates, Plies, and more.