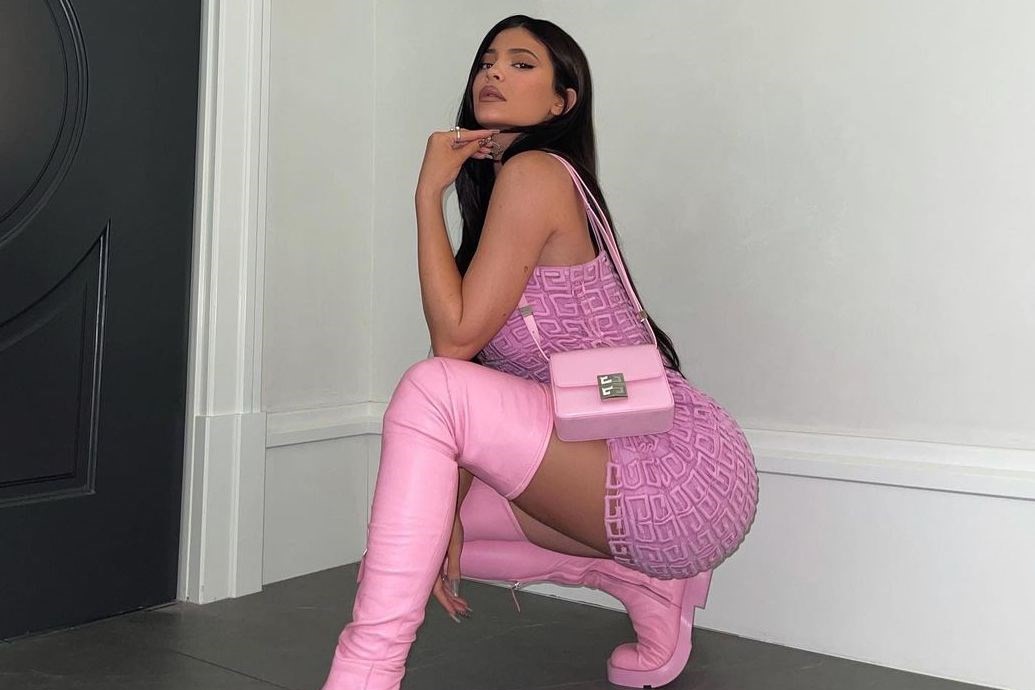 Cast your mind all the way back to October 2020, and you may recall the moment Matthew Williams’ first Givenchy campaign hit the ‘gram. Out was the typical studio or location shoot, and in its place was a bunch of selfies, snapped by some of the designer’s extremely famous friends – with Kendall Jenner, Bella Hadid, Skepta, Naomi Campbell, Playboi Carti, Travis Scott, and Kim Kardashian West (feat. a rogue hair extension) among them.

Now, on the night Williams debuted his first-ever runway presentation at the helm of the house, the celebs are back at it again. With Hadid hitting the catwalk as part of his model line-up, she later posted a pic of herself wearing a series of pieces from the designers AW21 collection: namely, a leather waistcoat with chunky metal buckles – so far, so Williams – a pair of baggy trousers and a tie.

With Williams’ broadcasting the show live into our living rooms this evening, the collection was a pretty massive departure from what the brand looked like under predecessor Clare Waight Keller. Gone was the slick suiting and elegant evening wear, and in its place were the kind of pieces guaranteed to get a new gen of fashion fans worked up: think huge shaggy fur coats, see-through sheaths bearing bold logo prints, and fetish-y peekaboo bras that well and truly freed the nipple.

Looks were accessorised with chunky, homespun balaclavas finished with ‘ears’, statement-making leather bags dripping with chains, and a subversive, armadillo-like moulded boot that suggested Williams was as keen as ever to pay tribute to those that came before: namely a former Givenchy designer you might know as Alexander McQueen.

Watch the show and scroll through a selection of celeb selfies below.