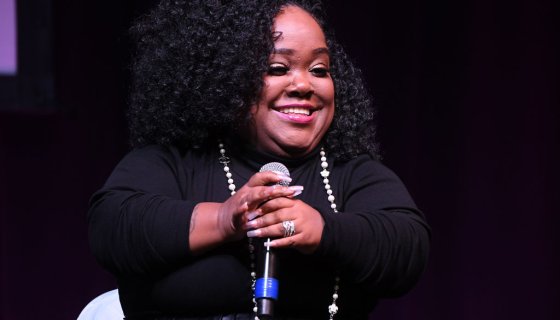 , aka Ms. Minnie, the star of Lifetime’s hit series Little Women: Atlanta, has died after succumbing to injuries after being involved in a hit-and-run car accident.

On Tuesday (Apr 28), the tragic news was shared in a statement posted to her Instagram account by her management team, who confirmed Ross’s passing before asking for privacy.

“It is with profound sadness that we confirm on behalf of the family of Ashley Ross, aka ‘Ms Minnie’ of has succumbed to injuries from a tragic hit and run car accident today at the age of 34. The family respectfully asks for their privacy as they grieve during this very difficult time.”

Full Statement from the management team of @MsMinnieLWA It is with profound sadness that we confirm on behalf of the family of Ashley Ross aka “Ms Minnie” of Little Women Atlanta has succumbed to injuries from a tragic hit and run car accident today at the age of 34. The family respectfully asks for their privacy as they grieve during this very difficult time. Please direct all media requests to: Liz Dixson Publicist for Ms Minnie 404-410-6912 ldixson@mediamcs.com

Ross’s boyfriend of over one year, producer Slickbeatz, also took to social media to mourn her death, posting a picture of the two with a heartfelt caption calling the TV star the “love of his life.”

🙏🏽The moment I saw you,I just knew it. I realized that you are all that I have been searching for all my life. I love you today, I love you tomorrow and I will love you the same 10 years from now. Ima miss you baby girl #teamminnieforlife 😢😢😢 Rip @msminnielwa Love of my life #prayformommatammie #prayforme

Co-star and close friend Amanda Salinas Castillo, one half of the Salinas twins on Little Women: Atlanta, also shared her grief soon after the information was confirmed by Ross’s representatives.

“As I’m writing this I’m in tears I can’t believe it my Minnie !!!!” she wrote. “Why did they take you away from us !!!! WHY!!!!! It always seems like we have all the time in the world, only to realize how fleeting it really is. I wish we had more time to do and say the things we saved for later which along with you is gone forever. I promise to keep you alive in my memories and be there for your mama and aunt. You were more than our best friend you were our big sister and still is !!! I still can’t believe this man why man why!!!! , I love you so much !!!! My heart is broken. Rest In Peace my love.”

Ross leaves behind her mother, Tammie Jackson, who was a regular presence on the reality show and often stood up for her daughter during conflicts with co-stars. The two were very close. In 2016 during an interview with Madame Noire, Ross revealed that it was her mother who helped her find confidence at a young age despite being “different.”

“My mom, she’s my rock. She’s my best friend. She sat down with me one day and said, ‘You have people staring at you. Give them something to stare at,’” she said. “So I always kid with her and say, ‘You created a diva.’ Because when she told me that, well, nowadays, it takes two hours for me to get ready. And when I walk out of the door I’m on point because I’m like, I don’t know who’s staring at me and who is trying to take a picture of me. But if they’re going to stare, I’m going to give them something to stare at.”