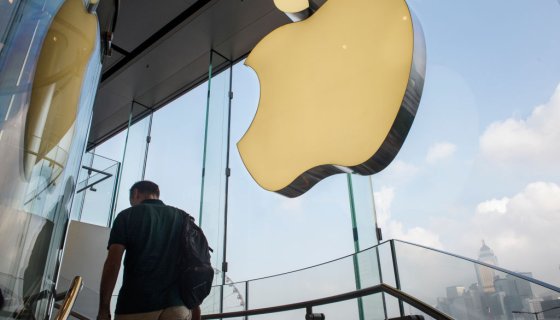 On the heels of reports of hinting at Apple dropping a accessory, new listings hint at the company that Jobs built releasing an over-ear headphone possibly sometime this year.

YouTuber Jon Prosser, shared his findings of a new Apple product appearing in Target’s database called the “Apple AirPods (X Generation),” which also boasts a price tag of $399. Whether this is just code name for Apple’s over-ear headphones is another question? There are also three different SKUs, which could indicate that the headphones will be available in three different colors.

Multiple Target employees have started reaching out to me about this 🤔

Showing up in their systems and on UPC scanners is this mysterious “Apple AirPods (X Generation)” listing, priced at $399. 👀

It’s been that Apple was prepping to drop a pair of headphones like with the company’s iconic Apple logo instead of the beats logo. Back in 2018, usually reliable analysts, Ming-Chi Kuo reported back in 2018 that over-ear headphones were slated to be released at the end of 2018. Bloomberg broke the news that the headphones were delayed following what they reported as  “development challenges.”

AppleInsider is reporting its sources at the Target claim that placeholder listings indicate that the products will usually ship within a month sometimes even earlier and are relatively common. They also suggest that names are typically incorrect, but the prices are always accurate. So if this news does hold, that means Apple’s over-ear headphones will cost about $150 more than the AirPods Pro.

Whenever Apple’s over-ear headphones do arrive, it will be a first for the company under its own branding since it acquired Beats back in 2014. The last pair of headphones Beats released, the , we’re an excellent upgrade as well as the , which both impressed us. But that’s not all that’s coming, Kuo also predicts we will see a new budget LCD iPhone, updates for the , a new wireless charger and devices.

That can all change though with the threat of the putting a hurting on Apple’s business with the company announcing it will not meet its expected revenue guidance for its fiscal second quarter. Plus, there are rumblings the lower-priced iPhone could be delayed as well. We will just have to wait and see how things play out.