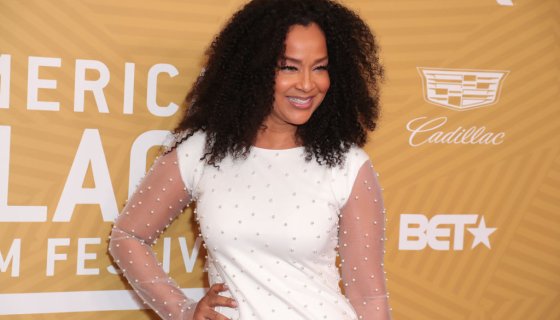 Now that is back on the rap scene it seems like her feud with LisaRaye is going to be a hot topic for the foreseeable future.

According to Madamenoire the drama started when LisaRaye weighed in on the Nicki Minaj/Lil Kim situation and suggested that Nicki “bow down” to the Queen Bee due to her seniority in the rap game during her appearance on Claudia Jordan’s Fox Soul show, Out Loud With Claudia Jordan.

“We can all stand together Queens and say that all of us are acknowledging the fact that Lil Kim came before Nicki Minaj so Nicki just take a seat. You don’t have to sit down for long. But just take a bow. Just like Beyoncé said, ‘Bow down bitches.”

Needless to say Nicki’s social media army, “The Barbz” came for Jordan with Nicki even threatening Jordan’s family for defying the new Queen. LisaRaye meanwhile went unscathed as she avoids social media for the most part. But after Nicki threw a pointed bar her way on Tekashi “Henry Hill 6ix9ine’s “Trollz” by saying “Dollar Bill come get her/even your man know Nickis do it better,” the Players Club actress decided to address the lyrical snub.

An obvious reference to LisaRaye’s character of “Diamond” in The Players Club, Nicki also dragged up the rumored affair between LisaRaye’s ex-husband, Michael Misick with Nicole Murphy i.e. Nickis. During an interview with The Breakfast Club, Raye addressed the situation and explained she wasn’t trying to be disrespectful to the Queens rapper.

“Let me tell you. I didn’t know what the hell they [The Barbz] were, first of all. And I didn’t know that they were coming after me. Vivica Fox is the one that texted me and she says, ‘Are you okay?’ And I was like, ‘Yeah! Are you okay?’ I said, ‘From what?’ She said, ‘All the comments.’ I said, ‘Comments from who? Where?’ She said, ‘The Barbz, Nicki Minaj’s fans.’ I said, ‘I don’t know them and they don’t know me.’

They know you now and they don’t seem to have any remorse for anyone who they feel disrespects their goddess. Still, McCoy explained where she was coming from but stopped short of copping a plea or apologizing.

“When I said bow down, I’m not talking about [worship-like]. What I’m saying is, music shouldn’t be about beef. It’s not mafia. It’s not gangster. It’s entertainment. It’s music so let’s keep it light where we’re not tearing each other down. That was the point I was making. And if they want to take it out of [context], it’s like…ok…”

Peep LisaRaye’s comments below and let us know if you think this is the end of Nicki’s retaliation on her naysayers.

LisaRaye isn’t taking back anything she said 😩 : @breakfastclubam