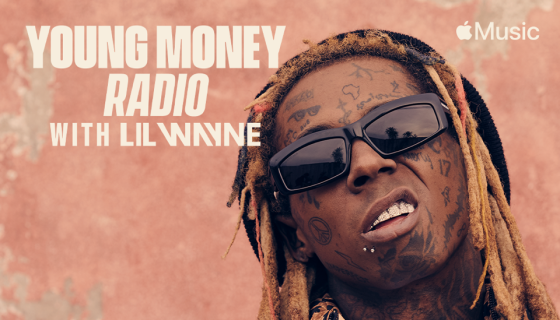 is ready to embark on a brand new venture in this age of social media and podcasts with the launch of his new Young Money Radio on Apple Music and with that being the case Weezy looks to create some buzz with some new visuals to accompany his new show.

“Quarantining” with a few homies by his side, Weezy’s visuals to “Piano Trap” & “Not Me” features Wayne staying dipped at home with some furs and ice on before creeping outside to get some skateboarding exercise in during the wee hours of the morning. Aside from debuting his new Young Money Radio gig, Weezy is also doing what he can to help those in need during the Coronavirus pandemic and announced that his non-profit, One Family Foundation and Apple Music would be donating $200,000 to New Orleans World Central Kitchen.

As for his debut Young Money Radio show this past Friday (April 24), Weezy’s star-studded lineup included the likes of Travis Scott, Deion Sanders, and New Orleans Mayor LaToya Cantrell amongst others. Not a bad way to start things off.

Peep his latest visuals below and let us know if you caught his debut on Apple Music and whether or not you enjoyed the show.