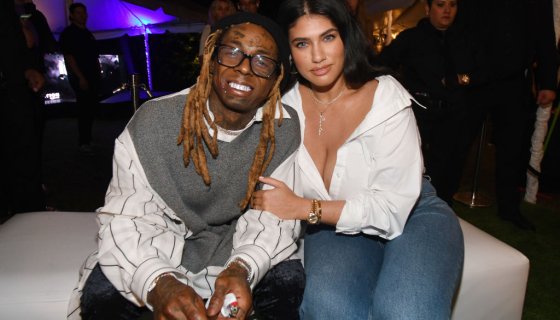 Late last year, rumors began to surface that is on the road of making things official with Australian-Indian curve model, . After dropping the shapely model’s name on his latest album Funeral, Weezy F. Baby was seen hitting the Miami street with Thomas on Super Bowl Weekend.

Wayne celebrated the release of his latest studio album a private yacht party with Thomas on his side. Thomas got a nod on the track “Stop Playin With Me” where he raps, “Ooh, I got a plus-sized model/But she my lil’ mama/I make her bust it open for me like a piñata/And as the world turned, she was my spin doctor.”

This is the first time that Wayne as officially claimed a connection with Thomas although she has hinted at the connection between the pair her Instagram page in the past. Wayne also peaced it up with his dad and former boss, Cash Money Records honcho Birdman at the Funeral release party.

It has been alleged that the rapper born Dwayne Carter and Thomas got engaged but once again, a formal statement has yet to be introduced.