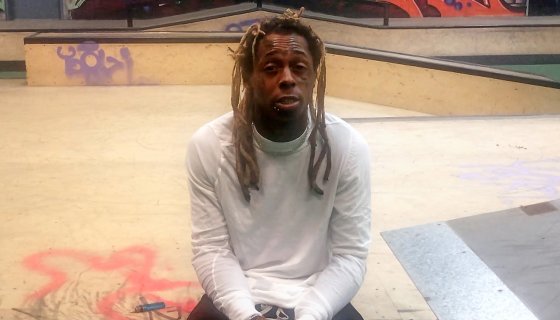 may have boarded the cancel express, but his latest apology tour is solidifying him staying there.

On Friday (Jun 6) on Weezy’s  on Apple Music, the Young Money captain featured special guests, Killer Mike, Snoop Dogg, and Bun B alongside the mayor of D.C., Muriel Bowser, along with hoopers Chris Paul and Stephen Jackson to discuss the current state of our social climate and the importance of protesting.

opened the show, speaking to Wayne about the power that artists have to amplify important messages and the decision to drop ‘RTJ4′ early.

“We are amplifiers, bro. The same way Nike wouldn’t be Nike without Michael Jordan slamming the ball,” Killer Mike said. “But Nike also wouldn’t be Nike without my muthaf*cking man Spike Lee. As an artist, Spike Lee made Nike look like the coolest shit in the world. His commercials were absolutely amazing, you know what I mean? So as an artist, man, we have the ability to put things on a plateau, and brands know that. That’s why they pay us to wear their stuff. That’s why they send us stuff we can hopefully wear. Up-and-coming brands say, “Please, rock this.” Movements are the same way. Elijah, Muhammad, Malcolm X, and the nation of Islam taught Muhammad Ali. Muhammad Ali then took those lessons to the world and we started expecting more out of our government and society. He later went on to join as an Islam, but he was always fundamentally centered in the black community because an organization helped him to amplify a message. And I think that we stand a chance of doing the same thing, man.”

Killer Mike added that although a celebrity’s personal preference may be to not visibly protest in the streets, a simple tweet could mean the world for those fighting on the ground in their hometown, explaining how a simple cosign could spark real change,

“This time around, we’ve seen the crack era, we’ve seen this shit all fucked up. In New Orleans, they survived the heroin era. So who better to tell somebody about how you can and can’t survive,” Killer Mike continued. “And the people that are doing the work, not like we sit home, we think of answers. There are people in New Orleans doing the work, and all they need is a Lil Wayne tweet. There was the place going out of business down there, they had lost so much work during COVID because I’m big on supporting black businesses. It was Ponders Dry Cleaners on Hamilton Road. So I just simply copied and pasted the tweet that Denise had put out, saying, “Hey man, COVID, it got us low on supporters.” Man, the next thing I know, my sister sent me a news clip from Channel 46 in Atlanta. The people so overwhelmed they damn near don’t know what to do they get so many customers. And that’s just from a rapper with a million followers just saying, “Support the community.” So if we all just do that, and I’m not talking about the one your manager send you or the one your publicist send you, you know what I’m saying? Not to say that those aren’t good, but this is in the hood, that lady who used to make sure you got to church. She’s doing organization. Support that and give them people some bigger voice and help them out.”

and expounded on Killer Mike’s points, adding that protests are important before calling for the need for more local Black police officers to patrol Black communities.

“I’m proud of it. Black people proud. It’s not surprising. Our generation, we took it as far as we could take it. We ran up the hill as far as we can. Now this young generation … they’re going further than us. Like, come on, man. Y’all, they doing that. They running this game,” Snoop Dogg said.” We can only go so far with it, Weezy. Now it’s up to them to take it to the mountaintop, like Martin Luther King and Malcolm X, they can only go so far. And then they gave it to the Black Panthers. The Black Panthers can only take it so far and then we got it. And that’s like, it’s up to y’all to take it to the next level. And the beauty is that you got White, Asian, Latino, and all races working with us this time, as opposed to us doing it on our own. I grew up seeing black police officers in the black community. As I got older, I stopped seeing black police in the community. So that’s a different look when you don’t have somebody to say, “Hold on. Let me holler at little wheezy real quick. I know him. Don’t shoot him. Don’t arrest him. I know his mama. I know his brother. Let me get at him real quick. He’s just a kid that’s on the wrong path. Let me talk to him,” instead of, ‘Let me beat him. Let me shoot him. Let me kill him.’”

Chris Paul addressed the subject from the stance of a parent, revealing that with his kids being online he was forced to talk about current events before noting that h and his wife decided to take their family to join in peaceful protests.

“I think for me, bro, is that not trying to shelter them from what’s going on. You know what I mean? Showing them, letting them talk about it. Because kids, they experience things themselves,” Chis Paul said. “They have Zoom calls, they play video games online and stuff like that, so they see. They got questions. For me and my wife, and I actually got my parents out here right now, it’s crazy. I think we’re actually going to go out tomorrow with the kids to somewhere to peacefully protest. But it’s having conversations and showing them, Wayne, that we really got to do stuff together. You know what I mean? Even if we don’t necessarily get a chance to see the change ourselves, our kids got to know.”

“I think for the young people, we want them to get locked in and engaged and vote and pick candidates who are going to do something, and the young people have to hold them accountable,” Mayor Bowser said. “And this is especially important right now because I know a lot of young people were supporting different presidential candidates, for example. But now they need to get behind Joe Biden so that we can get a new president, and we need to do that. But it’s also important that the president has somebody to work with. So let’s change that. Let’s change that Senate. We need to change the Senate so that we can get control, like-minded people. It’s important for the residents of Washington, DC, because you know why this guy is trying to run over us right now is because we’re not a state. We don’t have two senators. We don’t have full autonomy. We think he’s used some very questionable tactics, to use the United States military. Just imagine this: the Army, the finest fighting machine in the world, he wants to turn on citizens of the United States in the United States. Can’t do that. So we need people who aren’t going to be quiet but speak up for what’s wrong. Now, just imagine: if they could do this to us … in Washington DC, who’s next?”

Bun B added the importance of former felons who were incarcerated and on probation to check the revisions to local laws because they may be eligible to vote–as is the case in the state of Texas.

“Right, so we talked about that on my page also. Somebody reached out to Trey and let him know that in the state of Texas, once you completed your parole or your probation, and you’re not on paper no more, even if you’ve been a convicted felon and gone to prison, once you off paper, you can vote. Yeah. So, if you’re not on parole no more, you’re not on probation no more, your rights are back in your hands. And so, we don’t want to continue the narrative that a lot of people have that fellas can’t vote. There’s a lot of states where that’s not true. And in Texas, that’s not true and we just got that information. But the window is closing. So I think somebody said that they have to make sure they register within the next 10 to 12 days. I’m going to just say 10 because that’d be quick and we want to make sure we get them to vote.”

Despite the plethora of information provided by the special guests and friends on his, Lil Wayne decided to close the show addressing his recent dragging by Black Twitter after calling for freedom fighters to not “judge all cops” over the murder of , before adding that his life was “saved” by a white cop that he affectionately called, ‘Uncle Bob.”

“I want to just touch back on something. Again, about any speculations about how I feel. I had a bunch of guests today, speaking about how they feel and expressing themselves, so this is my platform, I’ll speak on it,” Lil Wayne said. “First of all, my life was saved when I was young. I was twelve or something, I think, shot myself. I was saved by a white cop, Uncle Bob. You have to understand from therefore, you have to understand the way I view police, period. I was saved by a white cop. There was a bunch of black cops jumped over me when they saw me at that door, laying on the floor with that hole in my chest. He refused to. Those black cops jumped over me, and ran through the crib, and said we found the gun, we found this, we found that. He said I found this baby on the floor, I need to get to a hospital. He didn’t wait for an ambulance, he took his car. He made somebody drive it, and he made sure that I lived. That’s Uncle Bob, and Uncle Bob’s story.”

Lil Wayne Defends Himself Against The BACKLASH For His George Floyd Comments 😮#BlackLivesMattters #FoxNewsisRacist pic.twitter.com/rh38o2uefA

Despite his attempt to draw sympathy with his experience, it fell on deaf ears with Twitter ruling that the cancellation stands.

Lil Wayne has been pushing the white savior agenda for sometime now. I get that a white officer “saved his life” but just because a white cop saved your life doesn’t mean you should lessen the murder of a black man being killed by one. Saying this does not help the cause … imo pic.twitter.com/x4g33ucv25

Check out the full episode below.