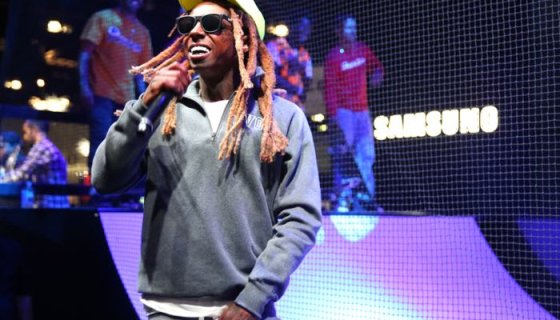 fans are in store for an unexpected surprise. is dropping a new installment to his iconic album series.

As spotted on High Snobiety Lil Wayne’s newest project will be here sooner than we all thought. In a new interview with Variety the “I Don’t Sleep” rapper revealed that his next music offering will be Tha Carter VI. When asked which is his favorite release from the franchise he simply said “My favorite Carter album is the next one”.

He would go on to discuss his newest venture Young Money Radio. Wayne detailed how he approaches every show. “I don’t always have much time to prepare for the guests on the show but it varies throughout the week” he explained. “So yes, I guess I wing it. But I thank EVERY SINGLE ONE of the guests. Every guest was special, they all meant a lot to me. A whole lot. The simple willingness and time is highly respected by me. I’ll forever be grateful to them for that”.

Back in June Nicki Minaj was his guest and the two discussed the possibilities of doing a joint album together. “We doing our joint album?” he asked. “A lot of the fans been asking about it. When we gon’ do this?” Nicki would confirm that she is down when she replied “You already know, your wish is my command.”

A release date for Tha Carter VI is yet not known.