Rap superstar Lil Pump was arrested last night for shooting a gun at his home. According to Lil Pump’s manager Dooney, three men were trying to enter Pumps San Fernando Valley home so Pump shot at them. Police arrived and noticed bullet holes in the front door Pumps house.

Lil Pumps mother is also being charged with endangering a minor for having a unsecured gun at the home. Pump is currently being held in Juvenile detention for discharging a weapon. 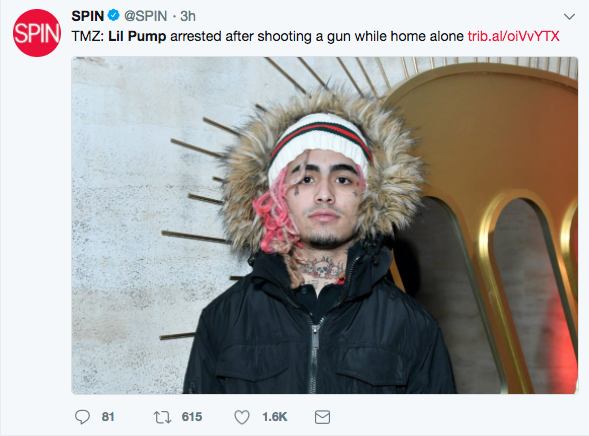