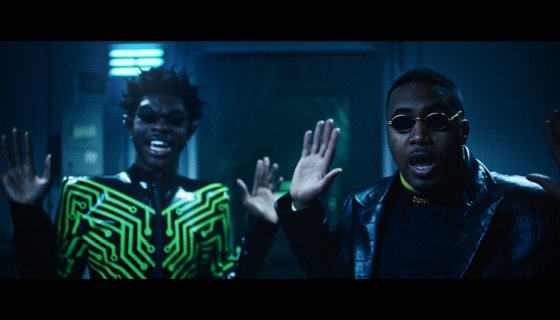 really took the music world by storm last year with his surprise country hit “Old Town Road,” and today the new school artist links up with a Hip-Hop OG from where his name might derived.

For their collaborative visuals to “Rodeo,” Lil Nas X seems to be angling for a part in Marvel’s upcoming Blade reboot as he becomes a blood suckin’ creature of the night. Big homie Nas on the other hand actually resembles the “Day Walker” with a sleek black leather outfit minus the sword.

Speaking of 2019 breakout stars, DaBaby continues his ascension in the rap game himself and with his latest NSFW video to “Shut Up” drops a collage of concert footage, behind the scenes clips and strip club film. He living that lit life.

Check out the rest of today’s drops including work from 2 Chainz featuring Future, A$AP Twelvyy, and more.

TROUBLE – “DON’T BELIEVE IN ME”