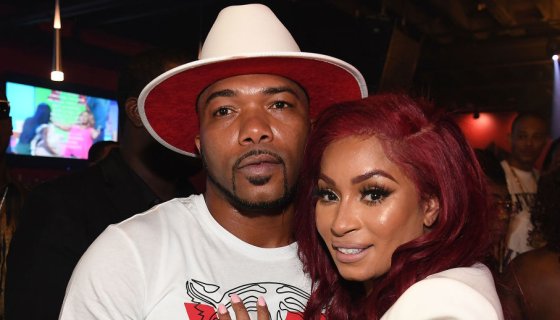 star has been arrested after the feds accuse him of using the government business loan to pay employees, on himself.

According to the press release sent out by the Department of Justice, , whose real name is Maurice Fayne, was approved for the federal Payment Protection Program (PPP) for his trucking company, Flame Trucking on April 15, after stating that the business had 107 employees and an average monthly payroll of $1,490,200, according to an affidavit for the criminal complaint.

The from the federal government aims to help small businesses and their workers survive during the Covid-19 pandemic. The loans are for businesses with 500 or fewer employees to pay workers’ salaries, rent, and utility costs.

Flame Trucking asked for a loan of $3,725,500 and certified that the loan proceeds would be used to “retain workers and maintain payroll or make mortgage interest payments, lease payments, and utility payments, as specified under the Paycheck Protection Program Rule,” the affidavit alleges. United Community Bank ultimately funded the loan for $2,045,800 in late April, and that’s when the problem occurred.

The US Attorney’s Office for the Northern District of Georgia reports that Fayne then used more than $1.5 million of the funds to buy $85,000 in jewelry, including a Rolex watch, a diamond bracelet, and a 5.73-carat diamond ring for himself, in addition to leasing a 2019 Rolls-Royce Wraith, and paid $40,000 for child support, according to the statement.

“The defendant allegedly stole money meant to assist hard-hit employees and businesses…and instead greedily used the money to bankroll his lavish purchases,” the DOJ said in the statement.

Fayne’s lawyer, attorney Tanya Miller, however, states that the incident is nothing more than a misunderstanding due to the guidelines being unclear on how to legally use the funds.

“There has been considerable confusion among small business owners about PPP guidelines — particularly around the question of whether and how business owners are permitted to pay themselves a salary or take an owner’s draw. I hope these issues to be better fleshed out in the weeks and months to come,” attorney Tanya Miller said in a statement to CNN. “For obvious reasons, we cannot try these allegations in the media. We will provide the appropriate response in the proper forum once all the information has been provided to us.”

Last week during an interview with federal agents, Fayne denied using the PPP loan to fund his lifestyle but instead claims he used the PPP loan to “pay payroll and other business expenses” of the company, and documents also state that “Fayne expressly denied that he used any of the PPP loan proceeds to pay his personal debts,” before admitting to “kinda, sorta” using the loan to buy jewelry and to lease the Rolls Royce.

Check out the statement below.

"The defendant allegedly stole money meant to assist hard-hit employees and businesses…and instead greedily used the money to bankroll his lavish purchases." pic.twitter.com/tlcxM5EsFG