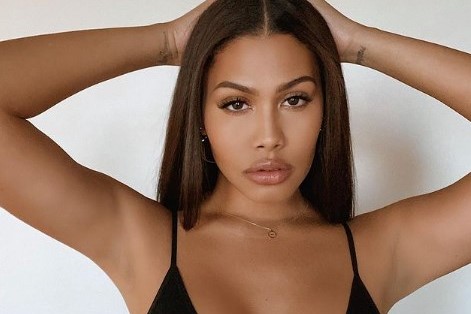 Leyna Bloom made history yesterday as the first trans woman of colour to appear in Sports Illustrated’s legendary swimsuit issue. Marking this new milestone on IG, the model reflected on what the moment means to her and others like her: “My spirit has reached new levels. This moment is bigger than my wildest infinite dreams. At this moment, I am a representation of all the communities I grew from, and all the communities I’m planting seeds in”.

Having also modelled for Moschino, Chromat, and Tommy Hilfiger, Bloom follows in the footsteps of Valentina Sampaio, who last year became the first ever transgender model to be featured in the magazine. She joins the ranks of Ashley Graham, Tyra Banks, and Halima Aden, who all broke new ground as respective “firsts” on the covers of Sports Illustrated. Graham was the inaugural ‘plus-size’ cover star, while Banks was the first Black model and the oldest, at the age of 45, to grace the publication. Then, in 2019, Aden became the first model to appear on the publication’s cover wearing a hijab and burkini.

It’s a continued commitment from Sports Illustrated to back underrepresented groups. However, some fear that regardless of social background the magazine still promotes outdated gender stereotypes. When pressed on this by The New York Times, Bloom responded with: “Let’s at least have this moment and say that we had it, and then we can go on to dismantle it,” she says. “I’m representing Filipina, I’m representing Black, I am representing people who have been immigrants. For them, I’m a vessel of change.”