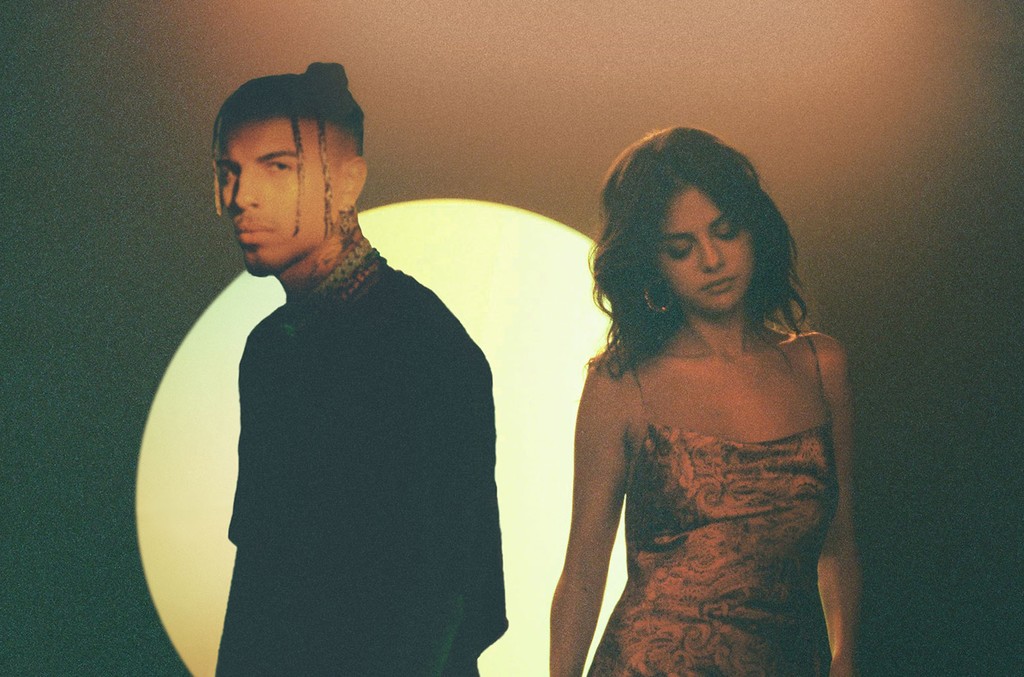 Following the joint project between Selena and Rauw’s fans quickly fell in love with the track; as a matter of fact, “Baila Conmigo” currently has over 85 million views on YouTube.

The track was pulled from “Revelación,” which is Selena’s first Spanish EP. In “Baila Conmigo” Selena is accompanied by the Puerto Rican singer, rapper, and composer.

“Baila Conmigo” was dropped alongside creative and meaningful visuals, which features a young woman sitting in her living room and enjoying Alejandro and Gomez’s performance on the TV. Later we see the same woman leaving the screen for the beach where she freely dances on the song, and at the end, everybody joins her in the dance.

The video shows how people through music can establish deep human connections with each other.

Selena’s latest EP “Revelación” has created a buzz with its production, not only in the Latin Pop scene but worldwide.

Be sure to watch “Baila Conmigo” below: