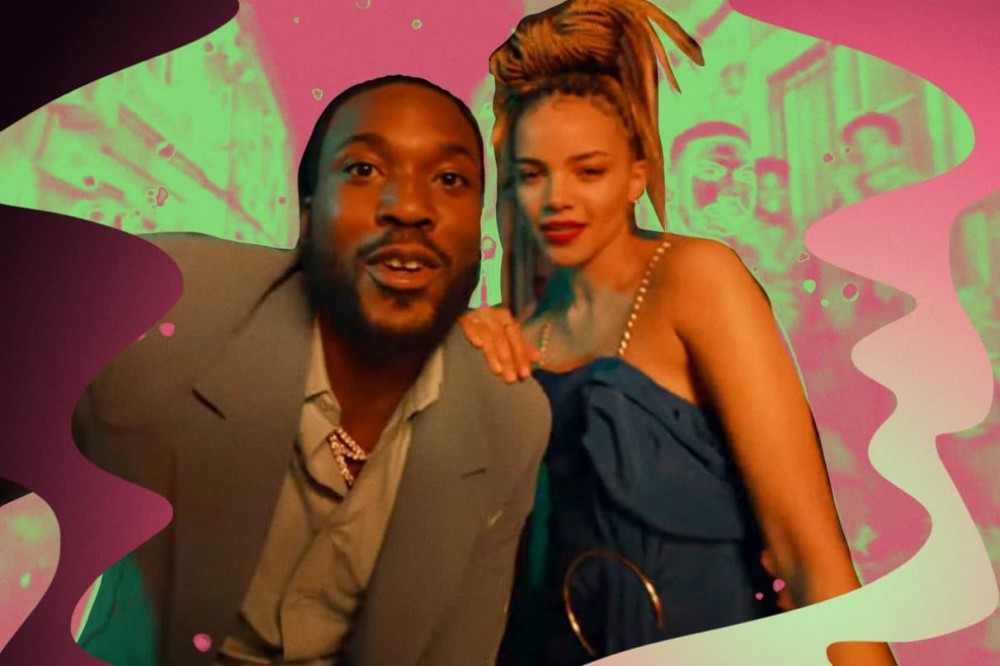 Over thirty years later, the Miami Sound Machine hit song, “Conga” is making waves once more thanks to a modern remake by In The Heights star Leslie Grace and rapper Meek Mill.

The “Conga” revamp is part of a bigger collaboration between both artists and Bacardí rum. The video will be featured in a 30-second ad set to air during Super Bowl pre-programming and multiple times throughout the February during NBA and NHL sports events.

“When they told me they were thinking about doing a remake of ‘Conga,’ I was like, ‘Are you sure that’s even allowed?’” Grace tells PEOPLE. “The Estefans have given us their blessing every step of the way and that to me was the most important thing.”

The video is done “mini-musical” style and features Grace dancing in the streets of a city, Meek Mill rapping in a bodega interwoven throughout fan video submissions from people around the world singing and dancing to the song. It was shot in August, right in the middle of the ongoing COVID-19 pandemic, and features a cameo by Emilio Estefan, Gloria Estefan’s husband and producer of the original track.

“Gloria has been someone that I’ve looked up to all of my life because she was one of the first people that I saw represented my Latino heritage while singing in English and became a global superstar,” the Dominican American actress told NBC News. “That was always so inspiring to me being bicultural, seeing her just succeed and now being able to walk in her footsteps.”

The remake features lyrics in English and Spanish penned by Grace herself, and Mills adds a rap verse, which makes the song take on a level all on its own. Watch and I dare you not to start shaking your hips as God, and the Estefans, intended.