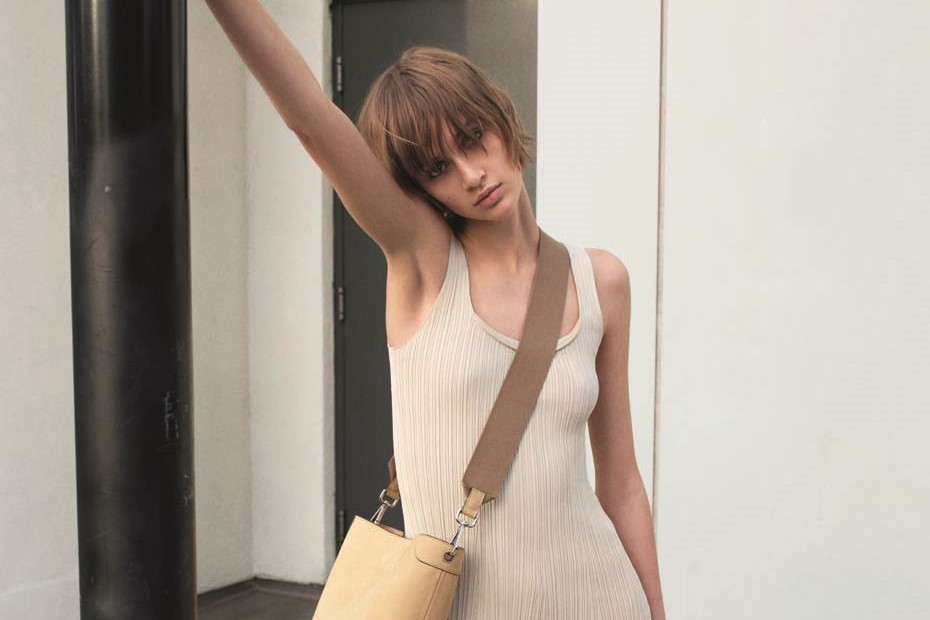 The label just debuted its SS22 campaign, with Sorrenti stepping behind the camera

Mario Sorrenti spent the last three decades capturing some of the most iconic fashion campaigns. From Kate Moss cavorting in Calvin Klein’s undies and Gisele Bündchen clambering soaking wet out of a swimming pool for Versace, to a naked Cara Delevingne clutching a bottle of Tom Ford’s Black Orchid, there’s barely a handful of major houses the legendary photographer hasn’t stepped behind his camera for.

Not much Met Gala behaviour at the 2022 Met Gala!

Does Bella Hadid drink from a giant Sports Direct mug? An investigation

Since landing on the scene back in the early 90s, Sorrenti is as in-demand as ever. And this season, he’s linking up with stylist Joe McKenna to capture Theory’s SS22 campaign – a stripped-back affair which channels the cool minimalism and clean lines the label is known for. Stepping into shot are models Quinn Mora and Malik Anderson in a series of understated, monochromatic looks: think louche, wide-legged trousers, column dresses, and billowing shirts. It’s all about letting the wearer’s personality shine through, says Theory. Clothes that you wear rather than clothes that wear you, obvs.

The release of the campaign marks a big moment for the brand (beyond scoring Sorrenti as its photographer du jour). A new European flagship just threw open its doors on London’s Regent Street, and Theory is making good progress in its bid to become a more transparent, sustainable, and ethical business – as part of its Theory for Good program, it’s committed to reaching 100 per cent traceability within its signature lines by 2025.

Check out the campaign in the gallery above.